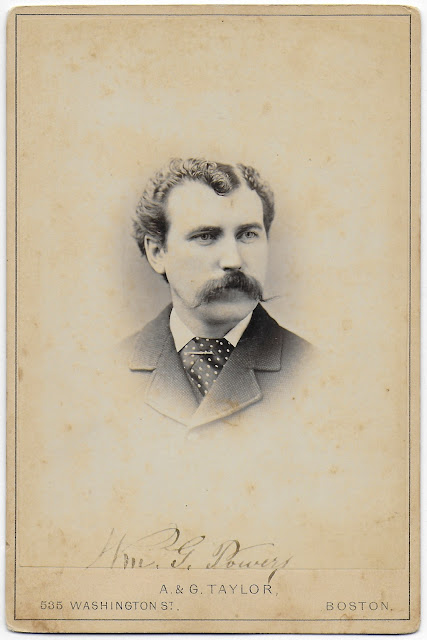 Cabinet photograph of a young man identified as William G. Powers.  The photograph was taken at teh studio of A. & G. Taylor of 535 Washington Street, Boston, Massachusetts. 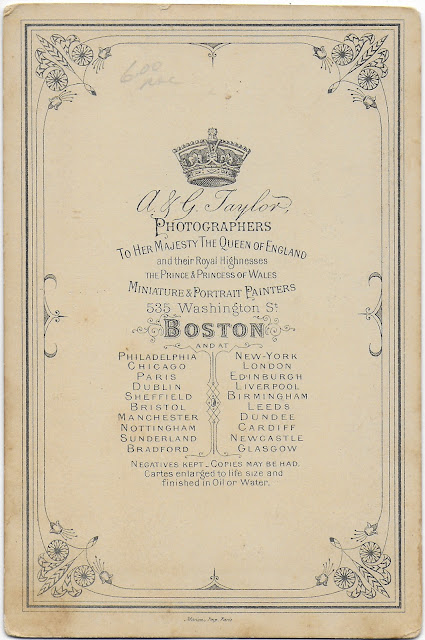 If you have a theory as to the identity of William G. Powers and Hattie Gray, please leave a comment or contact me directly.

Posted by Pam Beveridge at 3:16 PM