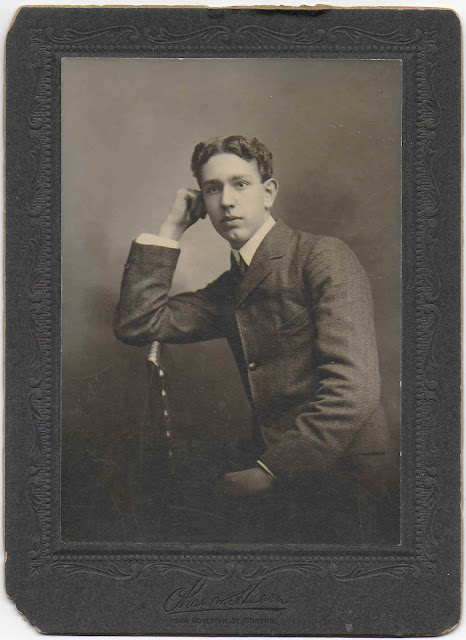 Photograph, presumably a graduation photograph, of a young man identified on the reverse as Stuart W. Hanson, who graduated from M.A.H.S. in 1902.

The first initial of the high school may not be M, but, if an H, it looks different from the H in Stuart's surname. 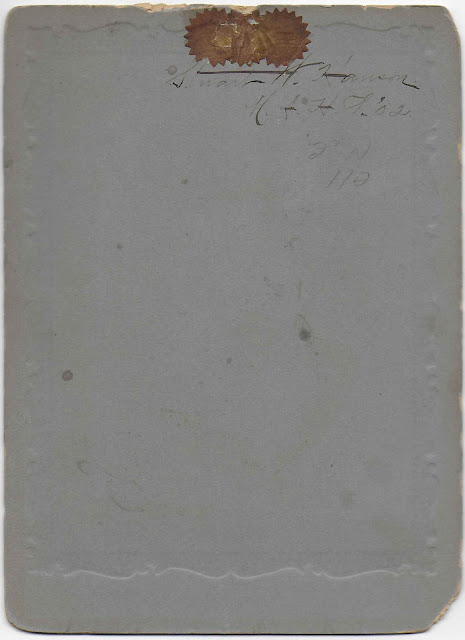 Stuart may have been Stuart Waldo Hanson (1883-1959), a Boston resident who went on to the University of Maine, where he graduated in 1905 or 1906 (records differ).  According to a mention in a 1959 UM Alumni publication, Stuart lived in Boston until 1957, when he moved to Denver, Colorado. He died at Colorado Springs, Colorado in 1959, survived by his wife, daughter, grandchildren and great grandchildren.

According to a record in the database Massachusetts, Mason Membership Cards 1733-1990, Stuart Waldo Hanson, a master painter, was born at Boston, Massachusetts, in 1883, and lived in the Hyde Park, section. He was the son of Christian F. W. Hanson and Sarah M. (Swenson) Hanson.

If you have corrections and/or additions to the information above, or if you recognize Stuart as someone other than Stuart Waldo Hanson, please leave a comment or contact me directly.

Posted by Pam Beveridge at 1:09 PM