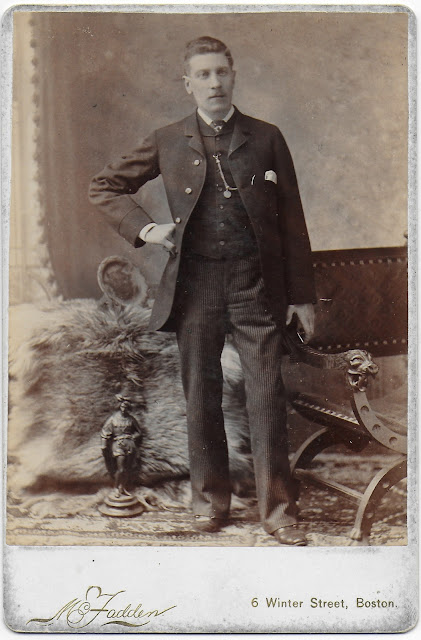 Cabinet photograph of Thomas Stanley; taken by the McFadden Studio of 6 Winter Street, Boston, Massachusetts. The photograph bears the date of April 22, 1883, which may have been the date it was taken or the date it was gifted to someone else. 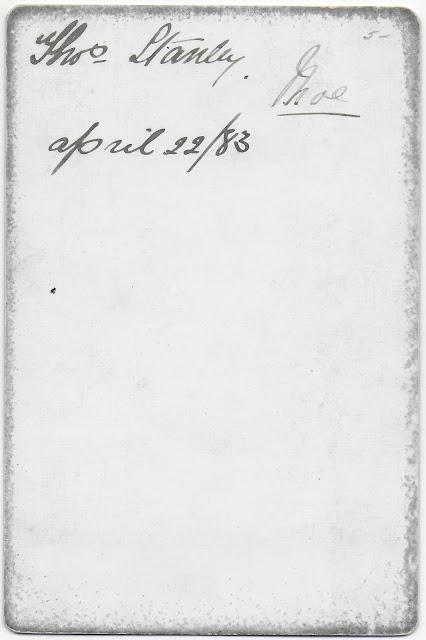 Thomas appears to be wearing a uniform of some kind.

Thomas may have been Thomas Kingston Stanley (1857-1932), a Charlottetown, Prince Edward Island native who worked for the Canadian Pacific Railway for 47 years.  The 1880 Census of Boston, Massachusetts, shows him as working as a brakeman, but he eventually became a conductor.

Thomas lived at Malden, Massachusetts, after his retirement, although his family may have lived there before then. Upon his retirement, Thomas received a medal and letter from King George, according to his obituary in the Boston Globe.

I didn't find information on where Thomas is buried, but his widow, Selina (Dow) Stanley (1856-1950) is buried in Jim Thorpe, Pennsylvania, with their son Harry Morton Stanley and his wife Florence.

If you have more information on Thomas Kingston Stanley or believe the man pictured was a different Thomas Stanley, please leave a comment or contact me directly.