7 Cabinet Photographs Connected to the Kelly/Kelley Family of Boston, Massachusetts 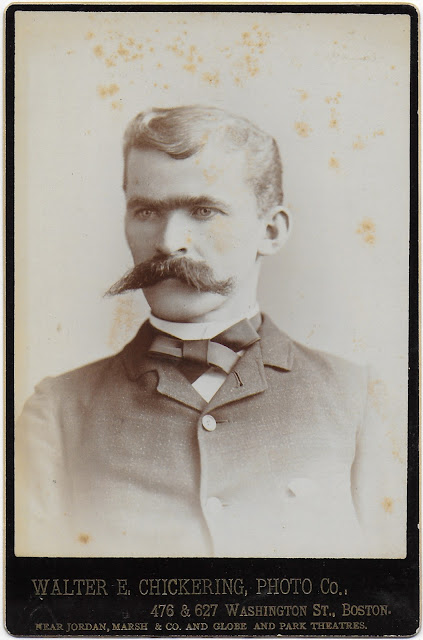 7 cabinet photographs connected to the Kelly or Kelley family of Boston, Massachusetts.

The photograph above shows Daniel Kelley in 1890. It was taken at one of the Walter E. Chickering studios at 476 and 627 Washington Street, Boston, Massachusetts. 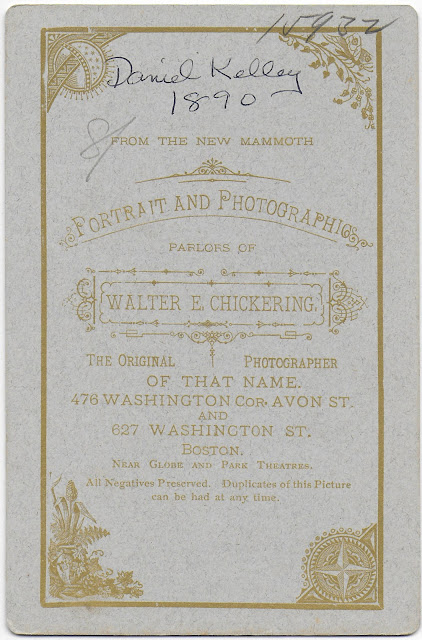 Other photographs in the collection: 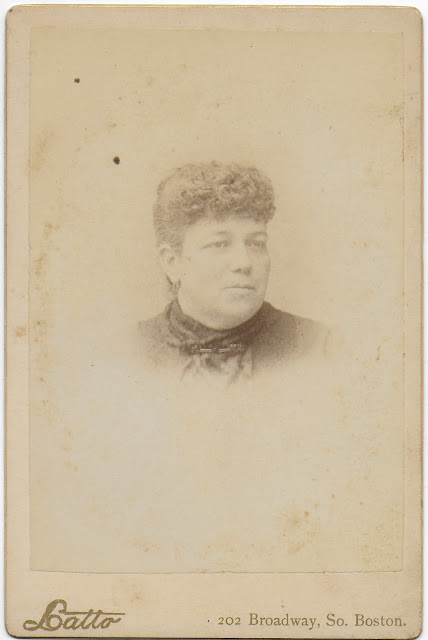 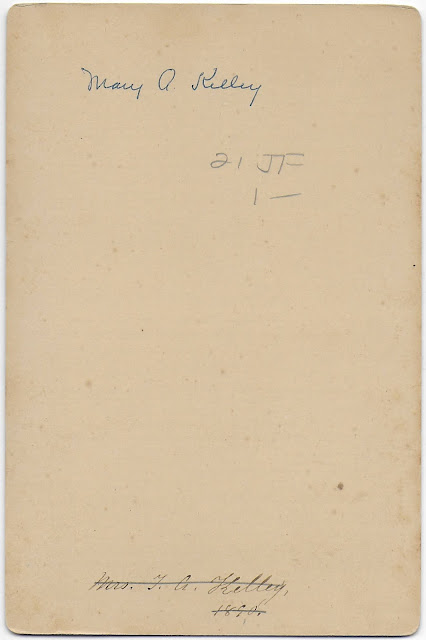