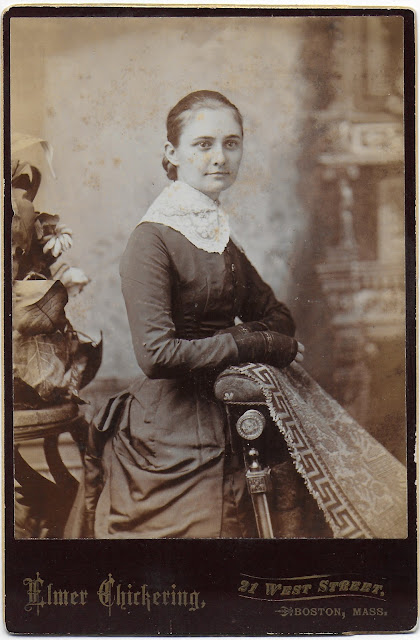 Cabinet photograph of a young woman identified on the reverse as "Carrie Palmer, my father's cousin, missionary to India".  The photograph was taken at the Elmer Chickering studio at 21 West Street, Boston, Massachusetts. 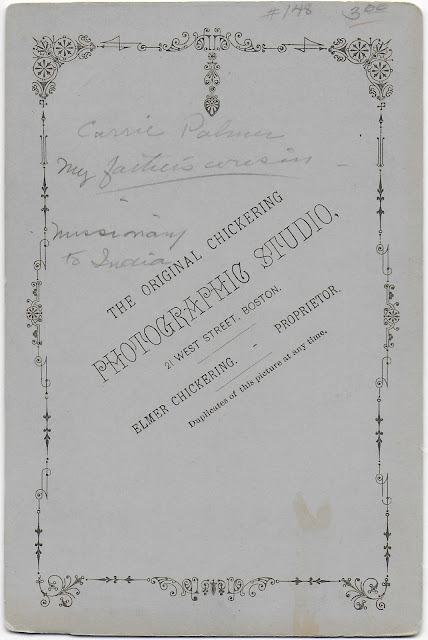 Carrie's parents died while she was young, Mayhew in 1861 and Mary Jane in 1874.  Perhaps Carrie lived with at one time with the "cousin" referenced in the identification.

In 1886 in India, Carrie Jane Palmer married Rev. William Wynn Bruere (1857-1927), a New Jersey native. The couple had several children born in India. Rev. Bruere died in India in 1927 and is buried there.  Carrie returned to the United States and died in 1952; she's buried in the First Presbyterian Church of Ewing Cemetery at Ewing, New Jersey.