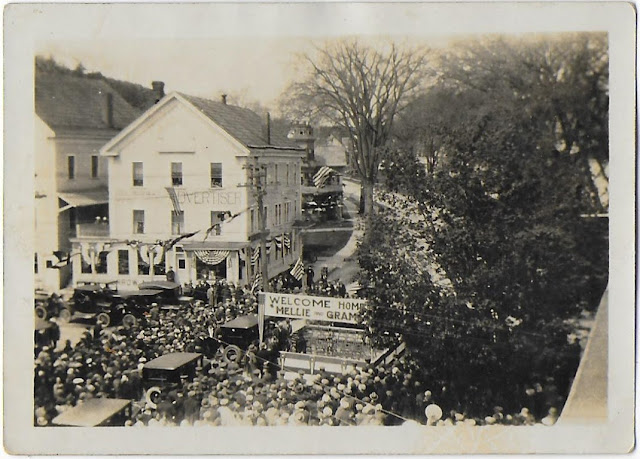 Two photographs, both 3-1/4" by 2-1/4",  of a November 1925 parade in Norway, Maine to welcome home Mellie Dunham (1853-1931), a local fiddler who had achieved great renown and who was returning to Maine after performing with Henry Ford's Orchestra. 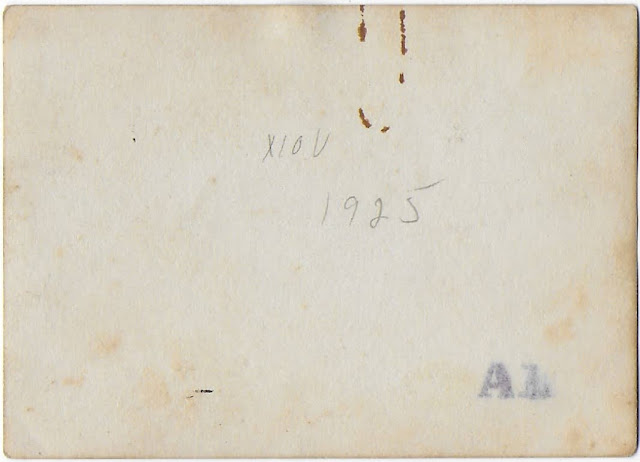 The other photograph of the parade is a bit out of focus. It shows several men on a balcony or roof, looking down upon the parade. 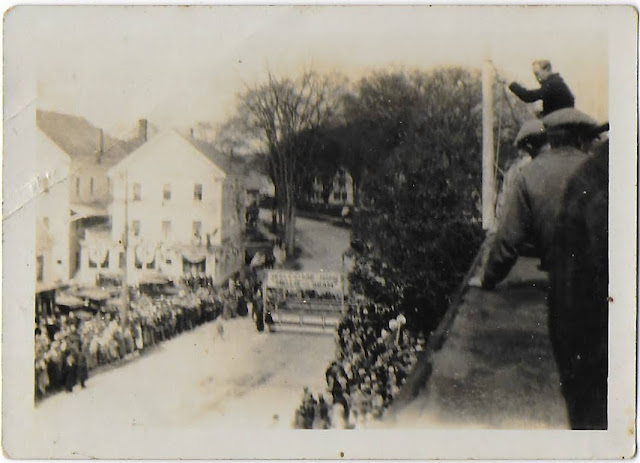 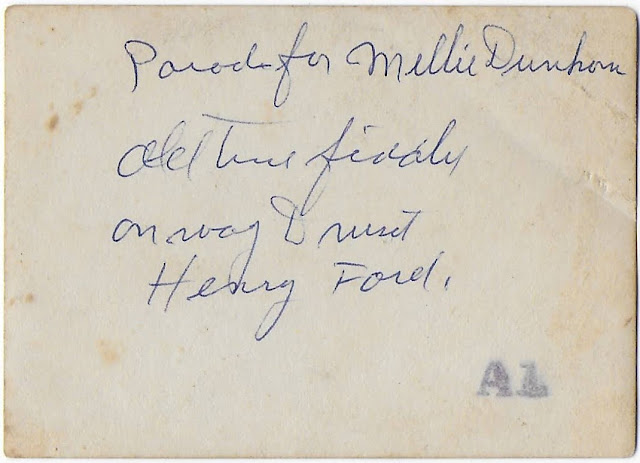 Posted by Pam Beveridge at 9:14 AM