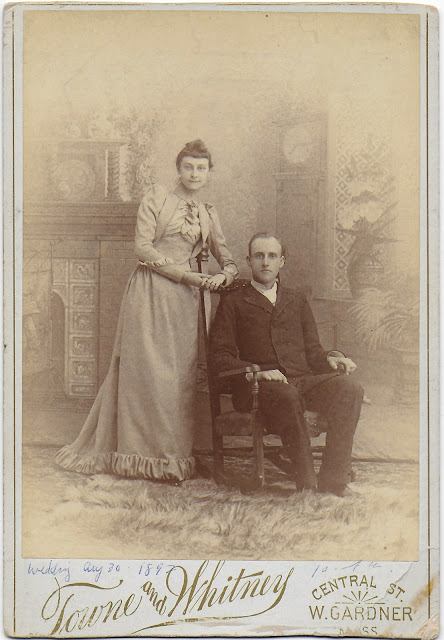 This photograph was accompanied by a gem photograph of their son Norman Henry Perley (1895-1954). 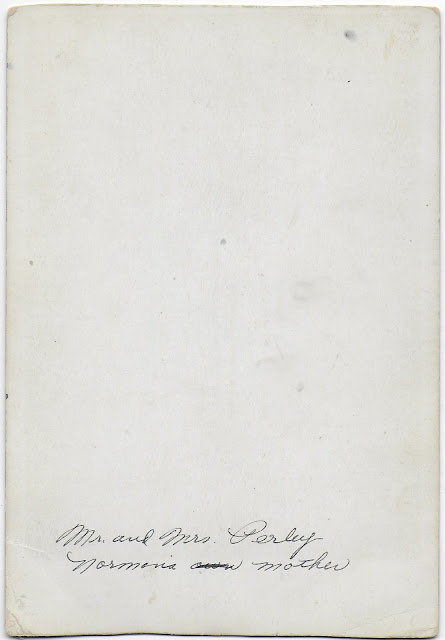 Below, a photograph of the Perleys' son Norman Henry Perley (1895-1954), born 5 February 1895 at Holden, Massachusetts.  Norman was living in Athol, Massachusetts, at the time of the 1910-1930 Censuses. He married Marion in 1922. I haven't found information on Marion; she may have been the Marion Perley who died in 1984 in Portsmouth, New Hampshire. 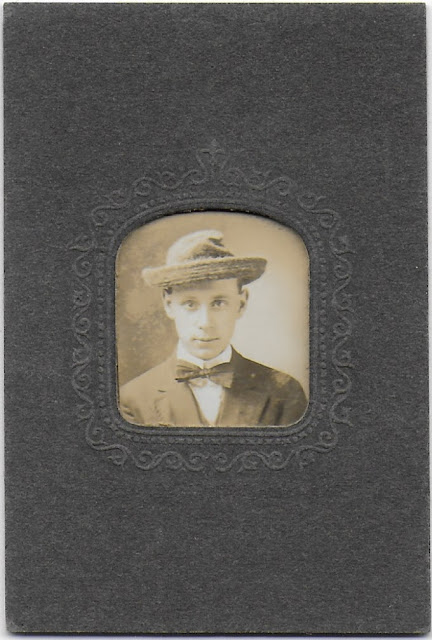 By 1940, Norman was living in Portland, Maine; Marion was not listed in the household. By 1952, it appears Norman was back in Massachusetts, living at Fitchburg.  He died in 1954 and is buried in the Silver Lake Cemetery at Athol, Massachusetts. Interestingly, there's a Lois Perley buried in that cemetery, born and died in 1922 - Lois Loretta Perley.  If Lois was Norman's daughter, that was another tragedy in his life. 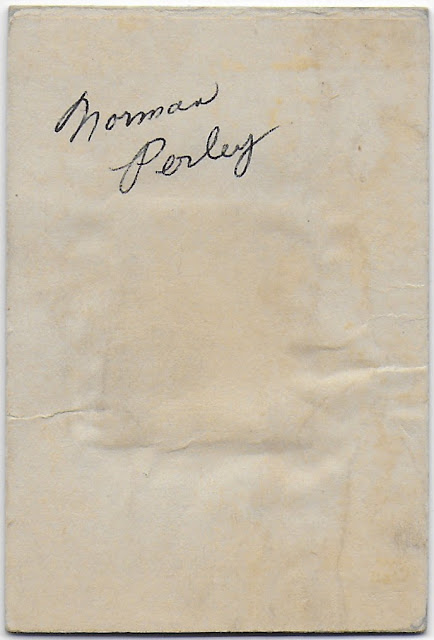