Photograph of Brothers Clarence Cassidy and Raymond Cassidy; by a Boston, Massachusetts, Studio 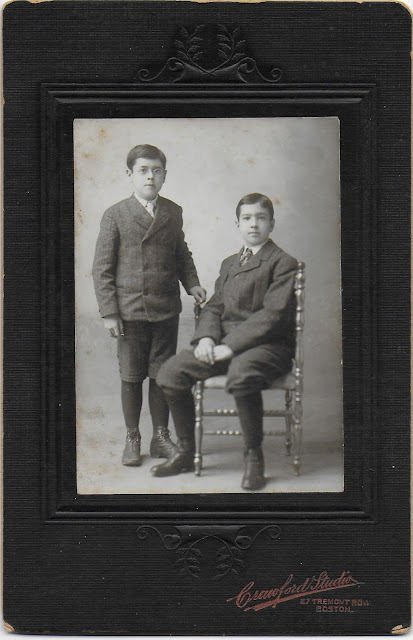 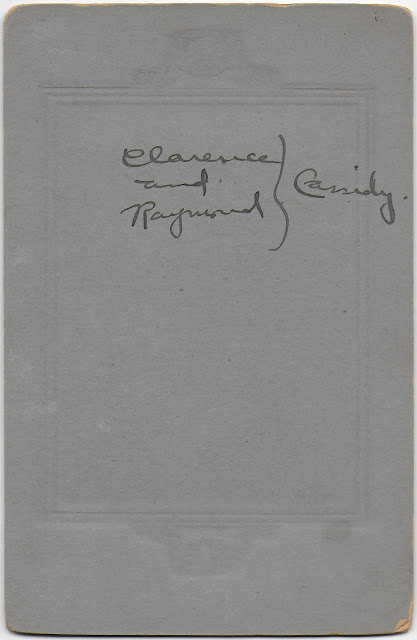 The brothers are presumably Clarence Phelps Cassidy (1893-1987) and Raymond Charles Cassidy (1895-1966), who were born in Washington, D.C. They moved, when young, with their parents to  Quincy, Massachusetts, in the Commonwealth where parents, Arthur B. Cassidy and Fannie (Phelps) Cassidy, were born.

Clarence died in Quincy, Massachusetts, in 1987 but is buried in Rangeley, Maine, with his wife Phyllis and daughter Elizabeth B. (Cassidy) McKenzie (1910-1980).

If you have information on Clarence and Raymond Cassidy, whether they are the men mentioned or other brothers, please leave a comment or contact me directly.