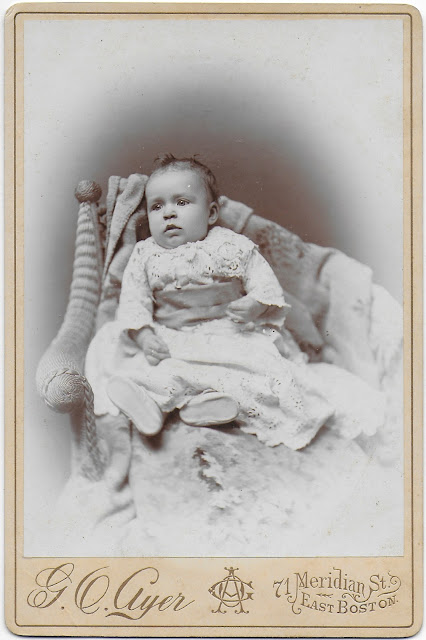 Cabinet photograph of Frances Adelia Belcher (1893-1934) at age 6 months.  The photograph was taken at the G. O. Ayer studio at 71 Meridian Street in East Boston, Massachusetts. 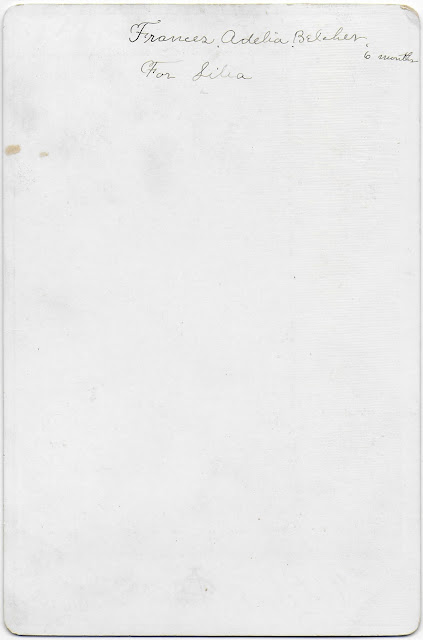 Posted by Pam Beveridge at 8:42 AM