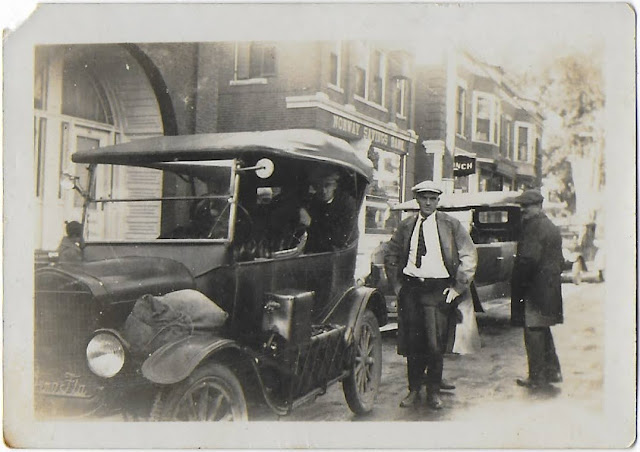 c1920/30s photograph, approximately 3-1/4" by 2-1/4", of a Stanley Roadster near Norway Savings Bank in Norway, Maine, with three identified men in attendance:

This photograph is one of a collection of 16 photographs that appear to have been taken by the same camera, presumably in the same era and area, including two photographs of a homecoming parade in November 1925 at Norway, Maine, for returning home town hero, renowned fiddler Mellie Dunham. Other photographs show scenes of mountains, farmland, bridges, buildings.

The reverse of the above photograph, shown below: 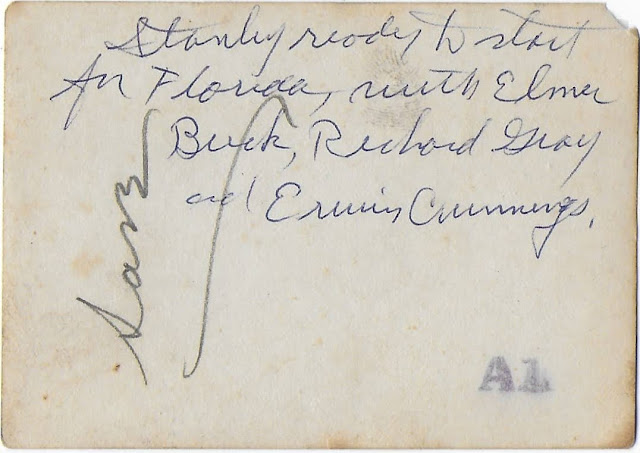 Young men by the name of Elmer Buck, Richard Gray and Erwin Cummings appear on a list of graduates of Norway High School, Norway, Maine, either in the Class of 1929 or a recent previous class. Elmer Buck was shown as living in Norway, while Erwin and Richard had gone to Jackson, Louisiana.

Perhaps the trip to Florida mentioned on the reverse of the photograph was the first leg in a journey that ultimately led to Jackson, Louisiana.

If you have a theory as to the identity of these men, if not the ones suggested, or if you have additional information on them, please leave a comment or contact me directly.