Gem Photograph of a Young Man IDed as Jimmie Spurr of Plymouth, Massachusetts 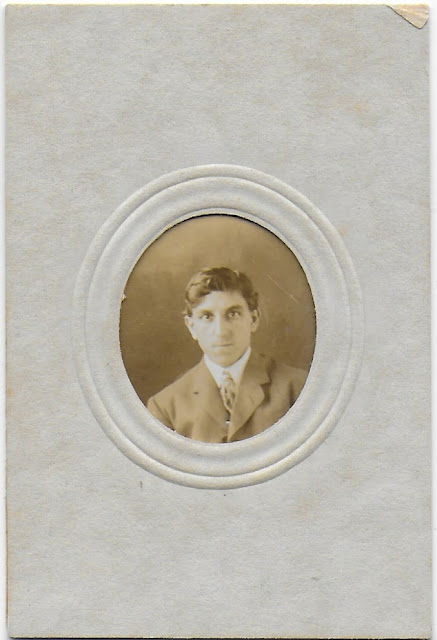 Gem photograph of a young man identified on the reverse as Jimmie Spurr of Plymouth, Massachusetts. 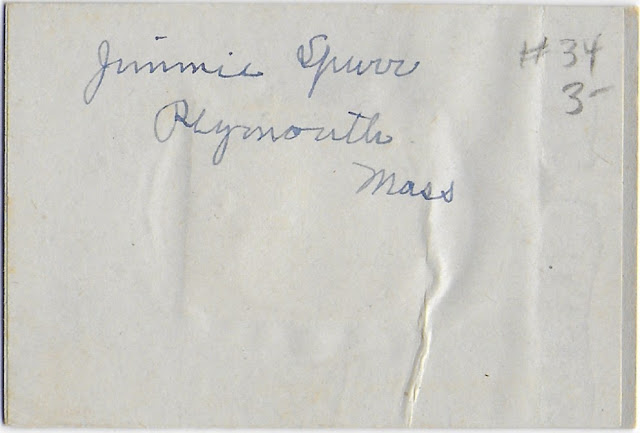 He may have been James Edward Tong Spurr (1885-1951) born in Yorkshire, England, to Watson Spurr and Sarah Jane (Tong) Spurr.  Notes on Censuses indicate the family immigrated to the United States in the late 1890s. The 1900 Census indicates an immigration year of 1887 but notes the family had been in the US for 3 years, so I believe 1887 was in error.

There's a photograph on the FindaGrave memorial (link in the preceding paragraph) of this James as an adult; there appears to be a resemblance to the young man in the photograph above.

On 4 April 1917 at Plymouth, Massachusetts, James Edward Tong Spurr married Mary Ann Mason, daughter of John and Marion (Smith) Mason.  On the WWI Registration Card this James completed in 1918, he noted that he was still a citizen of Great Britain.

If you have corrections and/or additions to the information above, or if you recognize James from your family photographs as a different James Spurr, please leave a comment or contact me directly.