c1880s Copy of a Painting or Sketch of the David Batcheller House in Northbridge, Massachusetts 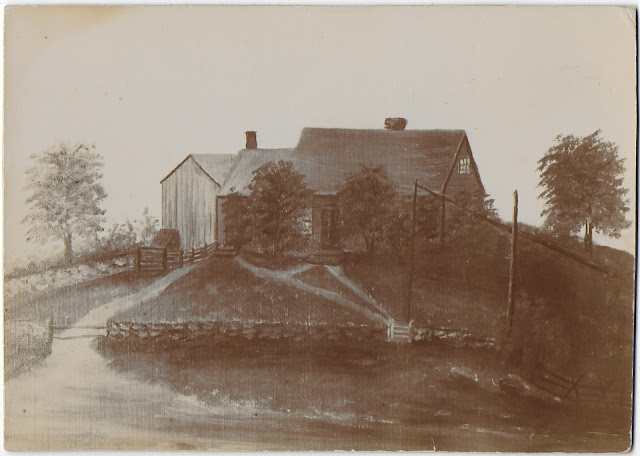 c1880s copy of a painting or sketch of the Maj. David Batcheller House in Northbridge, Massachusetts, presumably on the Benson Road.

By 1892, F. H. Batchelor had closed his business in Rome, New York, and moved to New York City. 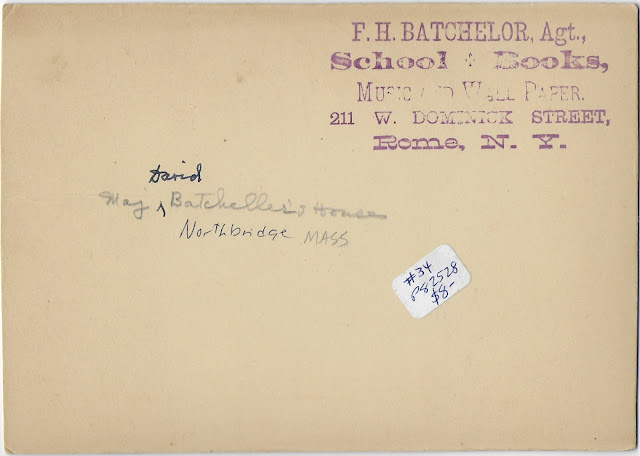 Major David Batcheller III (1742-1806) served in the colonial militia in the American Revolution, as captain and major.

According to a history of Northbridge, Massachusetts, in the Revolutionary era, provided online by the Northbridge Historical Society, David Batcheller was thereafter known as "Major". The history also notes that Batcheller's wife, Abigail (Bacon) Batcheller mortgaged their property to keep her husband's soldiers paid.  Their "home was located on the Benson Road across from the Olson house."

Franklin Henry Batchelor (1856-1918), a native of Northbridge, Massachusetts, and a musician, book seller and stationer in New York, was the second great grandson of Major David Batcheller (1742-1806). According to FindaGrave memorials of his paternal ancestors, Franklin appears to be the first to use the Batchelor spelling.

Posted by Pam Beveridge at 4:49 AM