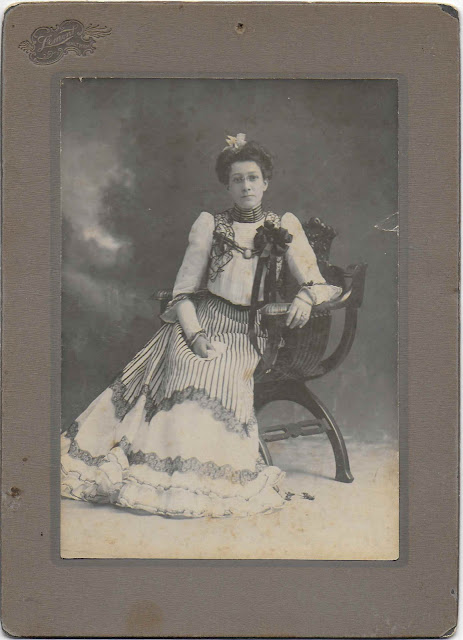 Photograph of a young woman in an elegant dress; by a studio in Waltham, Massachusetts. The photograph has the name Authur [sic] Francis Wisner on the reverse. 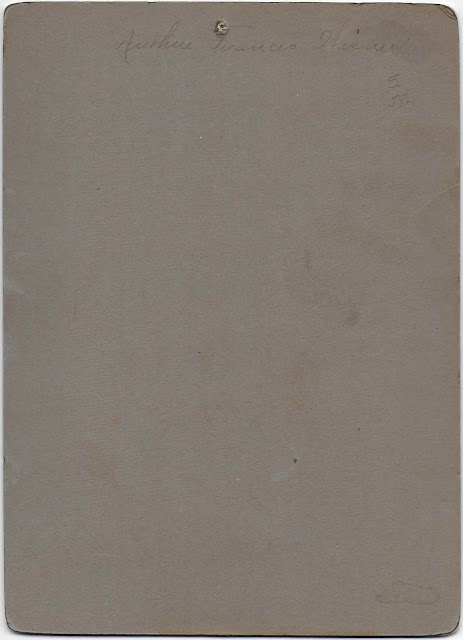 It's possible that the woman in the photograph is the then wife or future wife of Arthur Francis Wisner (1874-1955).  She was Maine native Eva M. Warren (1872-1957), born in the White Rock section of Gorham, Maine, daughter of James E. Warren and Martha Jane (Godfrey) Warren.