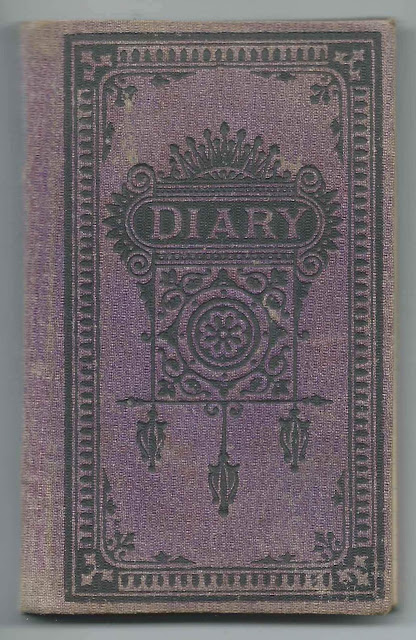 Carrie was the wife of Abner Taylor French (abt 1846-1926) and mother to several children, only three of whom survived childhood.  The family lived on Pushaw Road in Glenburn close to Pushaw Pond, in a house known in its day as the Taylor Stand, presumably named for the family of Abner's mother, Ann Sophia (Taylor) French.

Although not discussed in the diary, Abner served Glenburn as a selectman and school supervisor. 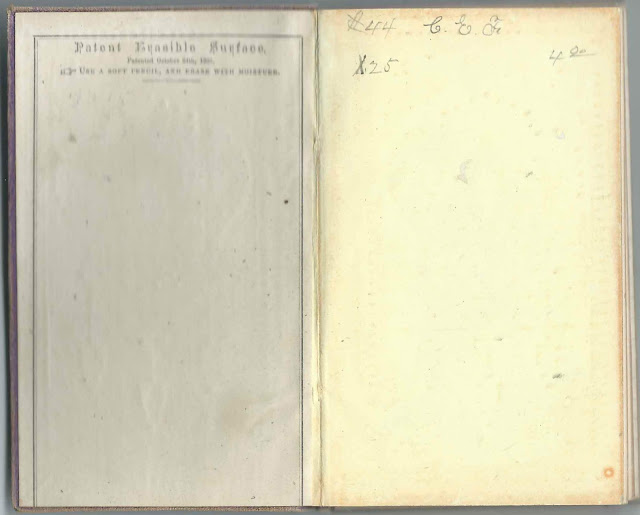 The entries are set into an 1873 diary that Carrie drafted into service for 1909.  She changed the days of the week to fit the 1909 calendar.

The diary, which measures approximately 4-3/4" by 3", contains a calendar, general information pages, Memoranda and Cash Account sections, in addition to the diary pages, which cover three days per page. 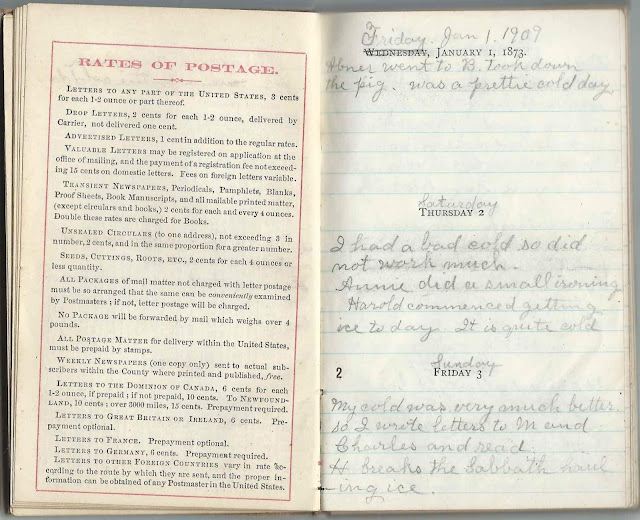 Carrie described the weather daily and noted chores, both household and farm, as well as meetings, visits, a birth, a Golden Wedding reception and deaths and burials.  She stayed mostly in Glenburn, with occasional visits to Bangor and Old Town.

It took a while for me to unlock Carrie's identity, since she didn't spell out her name and location at the beginning, and I had no idea of the locale of the diary until I had transcribed far enough into it. 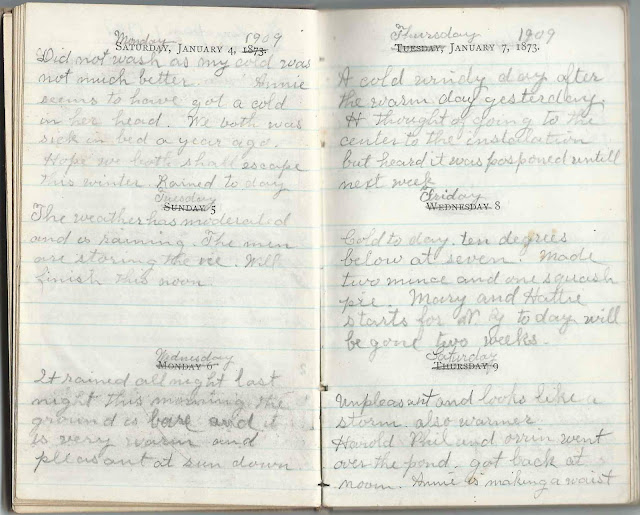 To start, I made the assumption that the diary came from Maine, and, if a dead end, I'd expand my search.  As I transcribed, I came across the many times that Carrie's husband made trips to B - could it be Bangor, Maine?

The first real clue was the burial of a Mrs. Goodin on January 27, 1909.  It wasn't until I checked Goodwin rather than Goodin, that I found a record of the death of Angeline (Leighton) Goodwin on January 25, 1909 at Glenburn, Maine.  Once I'd identified Glenburn, which, nicely enough, abuts Bangor, Maine, I could check other people, mentioned only with their first names, to cement Glenburn as the diarist's home.

Upon checking for an Abner living in Glenburn in 1909, I found Abner Taylor French, whose wife, appropriately enough, had the initials C. E. F. - Carrie E. French.  Living in or near the French household in addition to Carrie and Abner (usually called A), and mentioned many times in the diary by first names:

After a reader told me where the home of Abner Taylor French and Carrie E. (Farnham) French was located, I took a photograph, shown below. 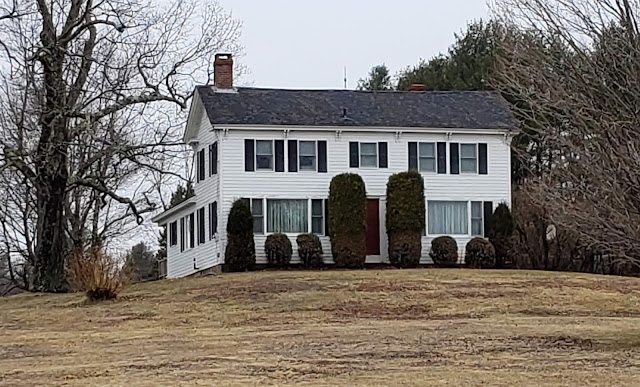 The house is located across from the intersection of Pushaw Road and French's Point Road.  It's set back a bit from Pushaw Road.


Surnames in the Diary

Among the Events noted in the Diary:

People mentioned in the Diary, aphabetically; some many times 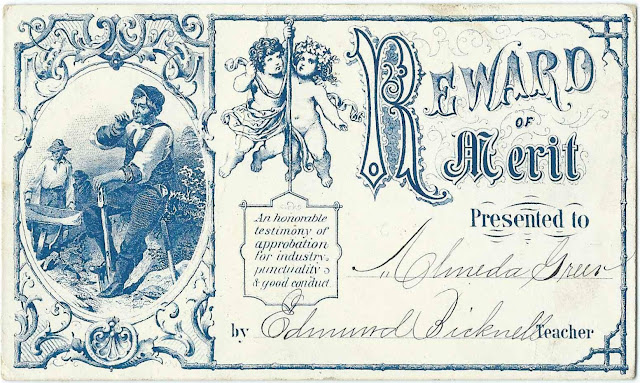 Reward of Merit presented by teacher Edmund Bicknell to student Almeda Greer, presumably in the late 1860s or early 1870s. People of these names were found living in Belmont, Maine.

Edmund Bicknell was born July 23, 1846 at Belmont, Maine, the son of James Bicknell and Alvera (Pitcher) Bicknell. In 1874, Edmund married Susanna Bennett Dyer; by the time of the 1880 Census, they had moved to Lawrence, Massachusetts, where they would remain. Edmund was associated with the clothing firm Bicknell Brothers at Lawrence.

Edmund, who died in 1913, and Susanna, who died in 1933, are buried in the Bellevue Cemetery at Lawrence, Massachusetts. Edmund's FindaGrave memorial notes that he was born in 1848, but the discrepancy might arise from a misreading of the date on his monument. The memorial contains the image of a brief funeral notice, which mentions that Edmund Bicknell was "one of the most prominent citizens of Lawrence". Edmund and Susanna had three sons, but, sadly, two died young, and their first born, Ralph Edmund Bicknell, died in young adulthood.

Ralph had apparently been an accomplished photographer, and Edmund, to honor his son and presumably to assuage his grief, brought many of Ralph's photographs to light, from Ralph's Scrapbook, Illustrated by His Own Camera and Collection of Photographs.

Almeda A. Greer was born about 1854, presumably at Belmont, Maine, the daughter of Daniel Greer and Mary C. (Shirley) Greer. Almeda, who never married, lived with her parents and then her brother Daniel and presumably helped out on the farm and in the household. She died in 1939 and is buried with family in the Hillside Cemetery at Belmont Corner, Maine.

What I particularly love about this reward of merit is that it shines a bit of light on Almeda, for whom records are sparse.

Posted by Pam Beveridge at 6:20 AM No comments: 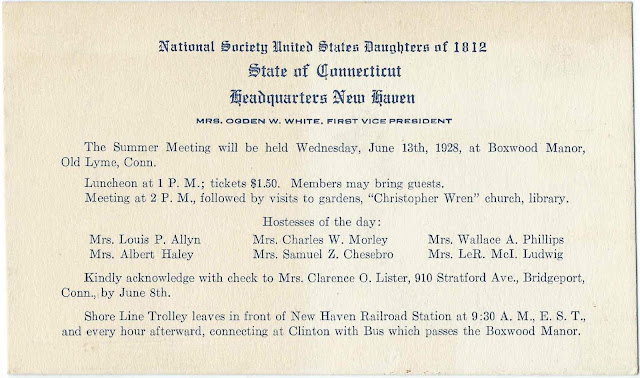 Note: The National Society United States Daughters of 1812, still in existence today, is the group which pushed for acceptance of the "Star Spangled Banner" as the National Anthem of the United States.  The national office in Washington, D.C. features the 1812 Memorial Library and a Museum.

Shore Line Trolley leaves in front of New Haven Railroad Station at 9:30 A.M., E.S. T., and every hour afterward, connecting at Clinton with Bus which passes the Boxwood Manor.

If you have corrections to the information above or information to share on any of the women mentioned, please leave a comment or contact me directly.

1904-1912 Journal of Minutes of Meetings of the Willing Workers of Pacific Union Church at Westport, Massachusetts 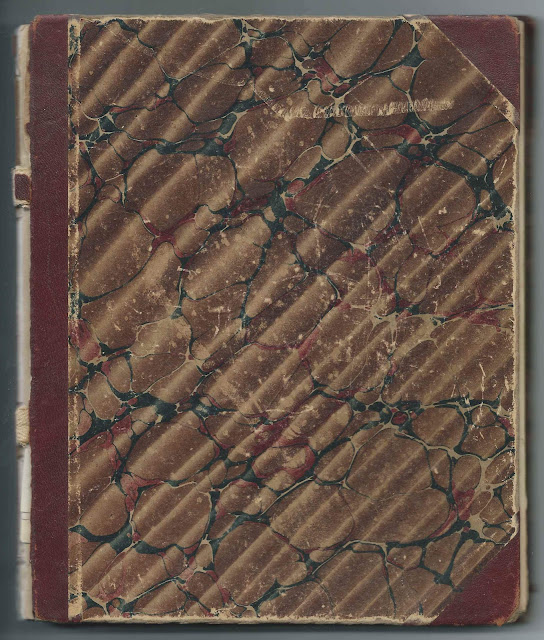 Journal containing minutes of meetings from 1904 to 1912 of the Willing Workers society of the Pacific Union Church at Westport, Massachusetts. 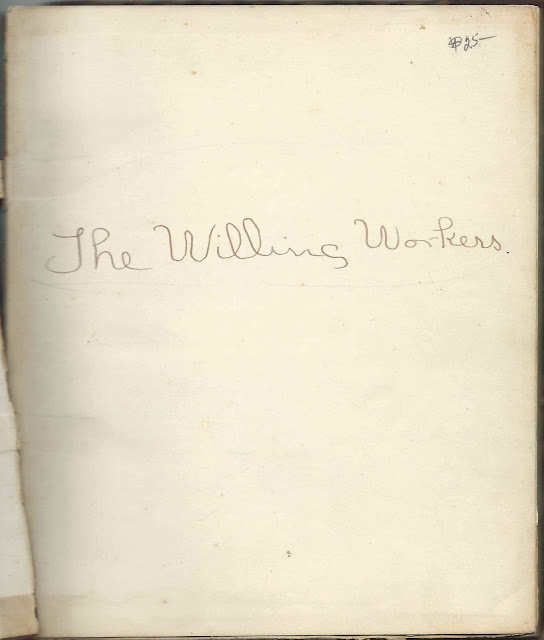 Emily Frank Sisson (1886-1953) was the president throughout the years described.  Tucked in the journal is an acknowledgement card sent to Emily and the Willing Workers - who presumably sent flowers to the funeral service of Charlotte Lena (Sisson) Burt, "Lottie", who died in December, 1911. Lottie was the wife of Dr. Edward W. Burt and the daughter of Mrs. Ann E. (Wing) Sisson. 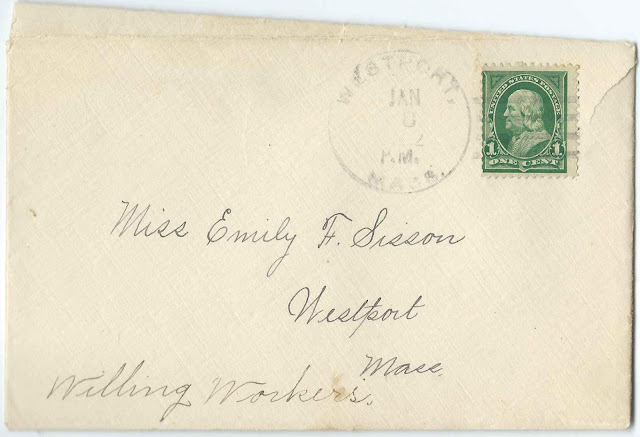 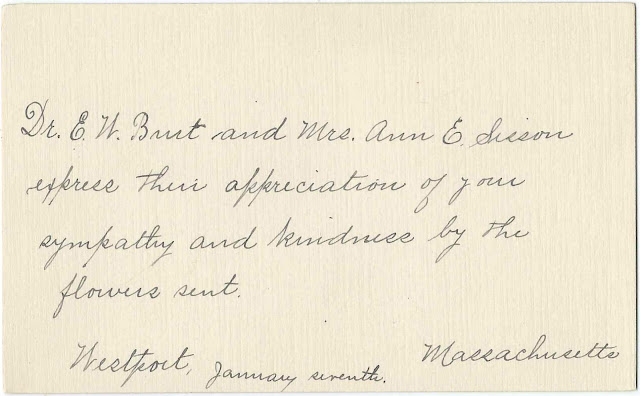 The journal starts with the founding constitution and continues on with minutes of meetings.  It's remarkable how important organizations such as this were to the upkeep of the church and the life of the community. 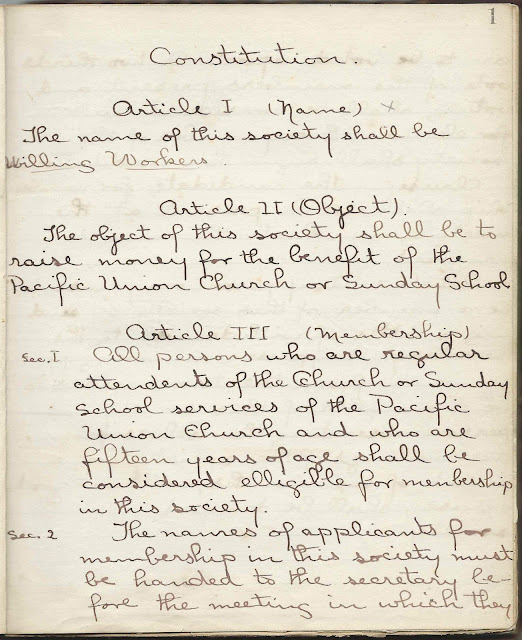 Also tucked in the album is a letterhead for the Westport Fair, which was drafted for use as notes for The Willing Workers meeting of October 7, 1912. 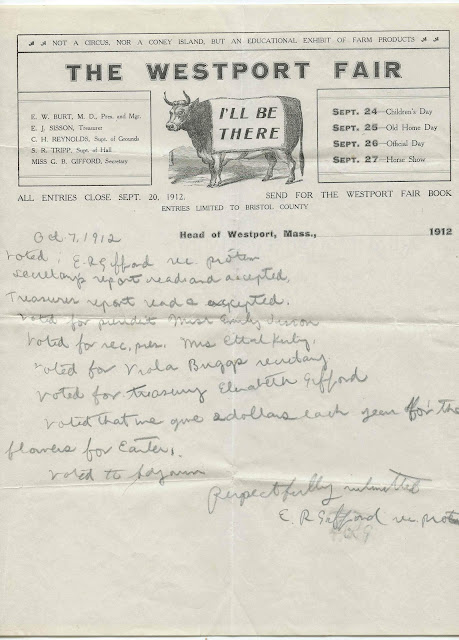 c1914-1930s Photograph Album of the Family of Malcolm Vartan Malcom of Boston, Massachusetts, and their Saltwater Farm "Malward" on Sawyer Island at Boothbay, Maine 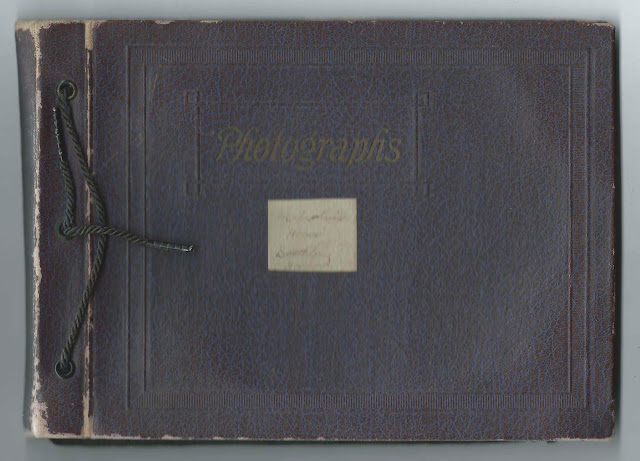 c1914-1930s album containing 22 photographs that belonged to the family of Malcolm Vartan Malcom and Georgine Lucie (Cuendet) Malcom of Boston, Massachusetts, with photographs of family members and their salt water farm on Sawyer Island in Boothbay, Maine.

Malcolm Vartan Malcom was a champion of Armenian immigrants in the United States and authored The Armenians in America, published in 1919.

People depicted in the album:

Because I don't own the copyright to these photographs, I'm not sharing them here.  If you would be interested in seeing them offline, please contact me.

If you have information to share on the Malcom and Farnum or Farnham families, please leave a comment or contact me directly.  Please be careful about commenting on people who may be living or recently deceased, thanks.

Posted by Pam Beveridge at 10:52 AM No comments: