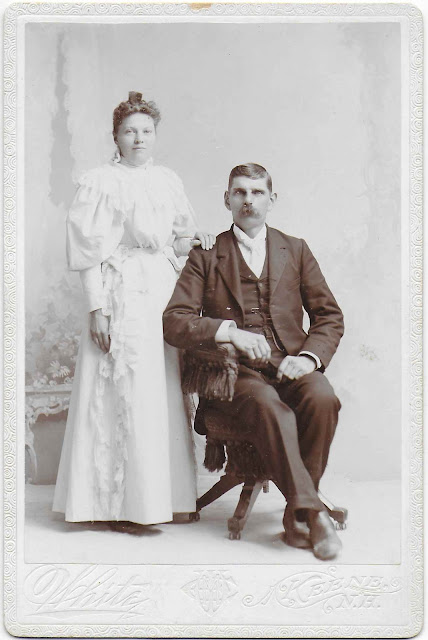 Photograph taken on the occasion of the 2 September 1895 marriage of Frank M. Forristall and his second wife Mary Cater at Alstead, New Hampshire; photograph by the White studio of Keene, New Hampshire. 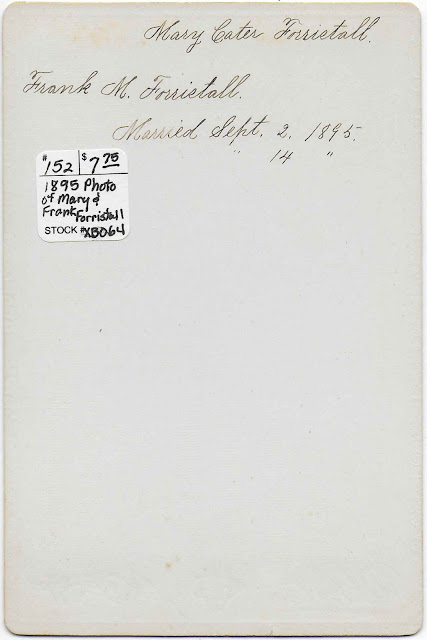 Frank M. Forristall was born in April 1857 at Alstead, New Hampshire, son of Joseph P. Forristall and Mary A. (Flint) Forristall, both natives of Winchendon, Massachusetts.  Frank married Julia May Clapp, a native of Huntington, Massachusetts, in 1878; they had three children.  Julia died in 1895.

Posted by Pam Beveridge at 2:30 PM