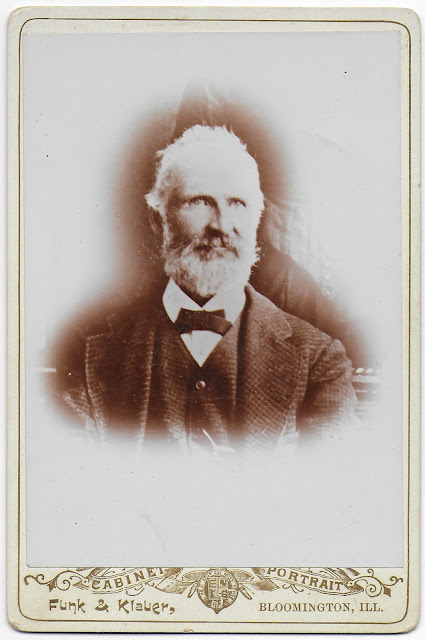 Cabinet photograph taken by the Funk & Klauer studio of Bloomington, Illinois, of an older man identified as W. P. Andrus, with further identification as follows: 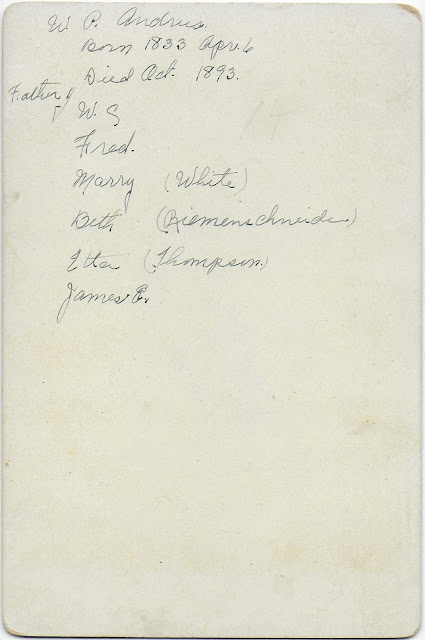 From the clues above, his identity can be established as William Perkins Andrus (1833-1893), son of Elisha Shepherd Andrus and Lavinia (Locke) Andrus, natives of Vermont and Maine, respectively.

William was born in Pennsylvania and lived in early years in New York and later years in Ontario and North Dakota. He married twice:

William, his two wives and his children are discussed in some detail, starting on page 163, in the book Elisha S. and Lavina (Locke) Andrus their ancestors and descendants. There's also a rather unflattering account of William and his first wife, hopefully not true or not completely so.

Posted by Pam Beveridge at 9:49 AM