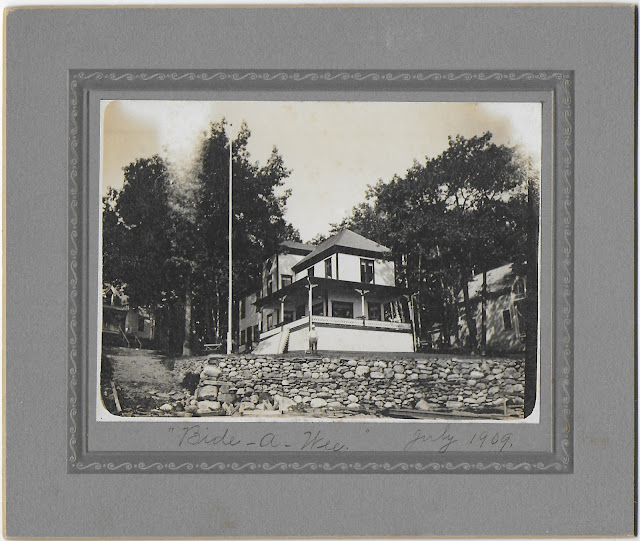 July 1909 photograph of "Bide-A-Wee", the home of Mrs. Robert H. Barnes of 24 Van Buren Street, Brooklyn, New York.  The photograph was intended to be given to Miss Hannah Cole.

Bide-A-Wee might have been the Barnes' summer cottage, not their residence at  24 Van Buren Street in Brooklyn. 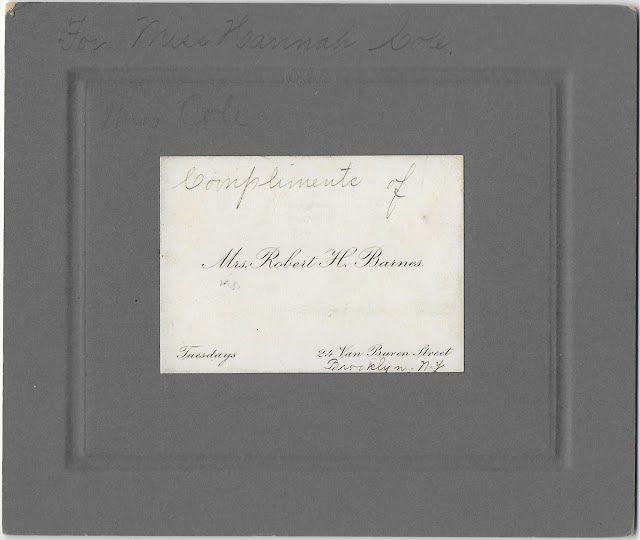 In the 1910 Census, living at 24 Van Buren Street, Brooklyn, New York, were coal and wood salesman Robert H. Barnes, born about 1870 in New York, and his wife Minnie.

If you have information on the Barnes family or know of "Bide-A-Wee, please leave a comment or contact me directly.