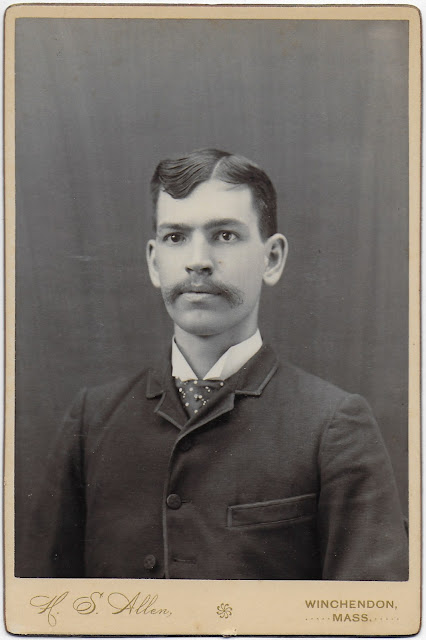 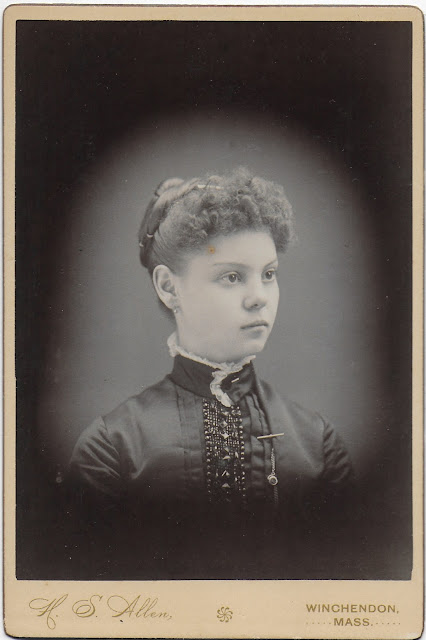 The photographs were taken at the Allen studio in Winchendon, Massachusetts 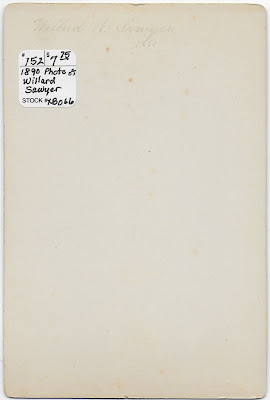 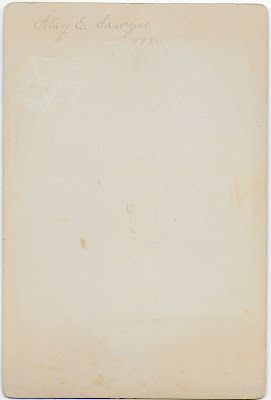 Willard Nelson Sawyer was born in 1864 in Alstead, New Hampshire, son of David Webster Sawyer and Marinda [or Miranda] Abigail (Kidder) Sawyer. On 4 June 1887 in East Jaffrey, New Hampshire, Willard, then working as a machinist, married Mary E. Sawtelle, "May". May was born in Greenville, New Hampshire, the daughter of Lyman K. Sawtelle and Mary (Whitehead) Sawtelle.

Not long after their marriage, the couple and their first of two daughters moved to Winchendon, Massachusetts, where Willard continued his work as a machinist. May died in 1942; Willard had predeceased her, but I haven't found a record of his death.