Maine Census at Statehood in 1820 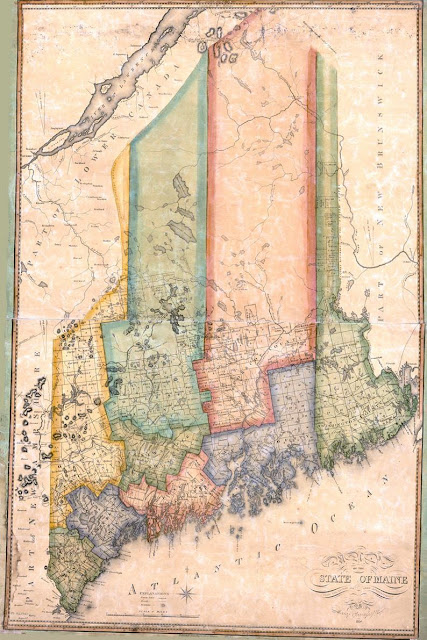 In some online indexing: some towns were left out or misread (i.e. Gouldsboro and Warsaw); some sheets were misattributed; some aggregates were assigned to another town on the sheet, etc. Many heads of households are shown with mistakes in given and/or surnames.

Despite a careful reading, there still could be mistakes in the lists linked here, from typos to misreading to spreadsheet errors. If you find errors, please leave a comment or contact me directly.

Nine Maine Counties existed in 1820.  (Seven new Counties would later be formed, between 1827 and 1860, from portions of these nine, for a current total of 16 Maine Counties.)

Click on a County for links to the pages of individual cities, towns, plantations and townships, which contain alphabetical lists of the heads of households, links to the original enumeration sheets, and maps.

If the town you're researching isn't where you'd expect it to be, perhaps in 1820 it was in another county or it hadn't yet been founded or was known by another name.