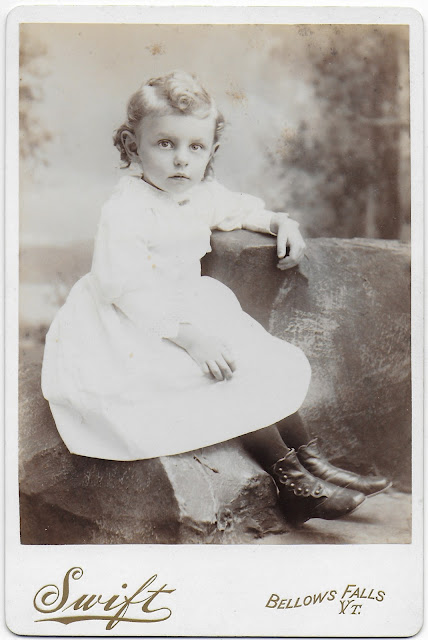 Cabinet photograph of Ralph Wayne Forristall (1888-1964) of Alstead, New Hampshire, in the summer of 1891, shortly before he turned three years of age on October 14. The photograph was taken at the Swift studio in nearby Bellows Falls, Vermont. 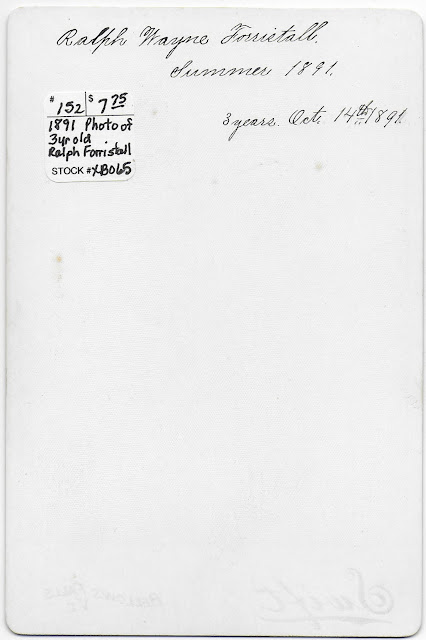 Ralph was the son of Frank M. Forristall and his first wife Julia May (Clapp). Frank subsequently married Mary Stella Cater; their wedding photograph is featured in another post.

On April 15, 1916 at Rockingham, Vermont, Ralph Wayne Forristall married Emma Elizabeth Coleman, daughter of Chester F. Coleman and Laura A. (Jones) Coleman. Ralph moved to the Vermont farm of his wife's family after his marriage. He died in 1964 at Bellows Falls, Vermont.

Posted by Pam Beveridge at 3:09 AM