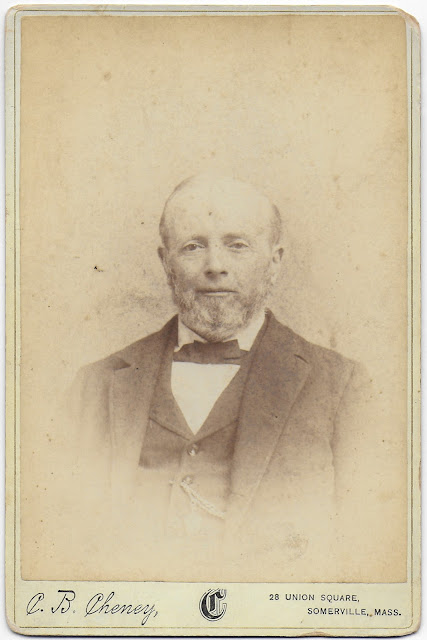 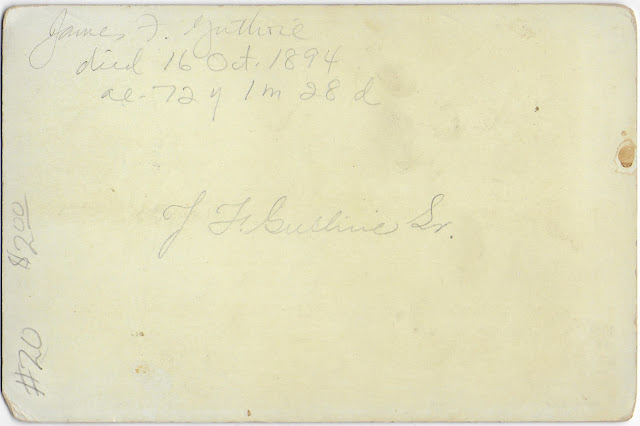 James Francis Guthrie, Sr. (1824-1894), an engineer, machinist and inventor, was born in Scotland, the son of Robert Guthrie and Agnes (Fairweather) Guthrie. As early as 1853, James was in Massachusetts, where he married his second wife, fellow Scottish native Ann Smith in Boston on 3 June. They raised several children in Boston and in Somerville, Massachusetts. James was naturalized in 1865.

James, Ann and at least one of their children are buried in the Newton Cemetery at Newton, Massachusetts.

Posted by Pam Beveridge at 7:23 AM