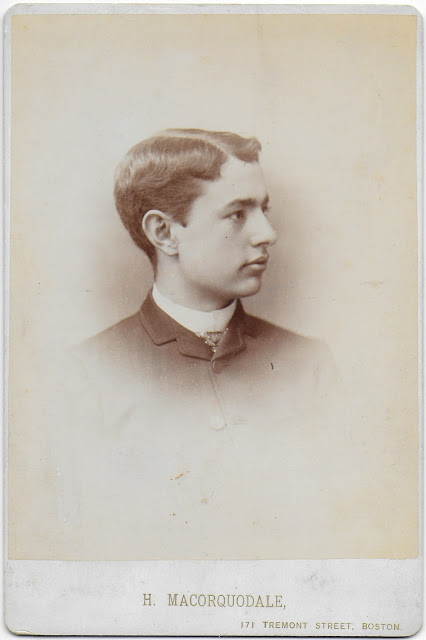 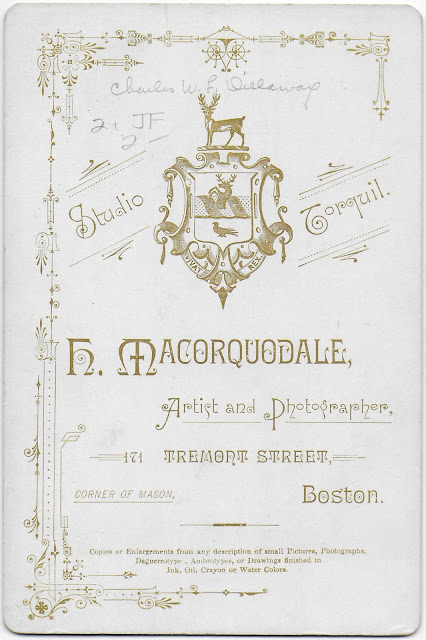 Interestingly, there was a Charles with the middle initials reversed - Charles Frederick Wood Dillaway, born in Boston in 1865, son of Charles O. L. Dillaway and Barbara Ross (Buckner) Dillaway. Charles attended Boston Latin School in 1878 or was in the Class of 1878 there [a prodigy?].

The Macorquodale studio at 171 Tremont Street opened in 1881, so if Charles was indeed in the Class of 1878 at Boston Latin School, the photograph must have been in connection with college graduation or Charles' 1888 marriage to Mary Louise Folsom.  Charles became a bank manager and lived in Massachusetts and New Jersey.

If you have a theory as to the identity of Charles W. F. Dillaway, especially if you feel he is someone other than Charles Frederick Wood Dillaway, please leave a comment or contact me directly.

Posted by Pam Beveridge at 5:17 AM