Two Photographs of George Bergstrom by New Haven, Connecticut Studios; One in Uniform and one at Age 12 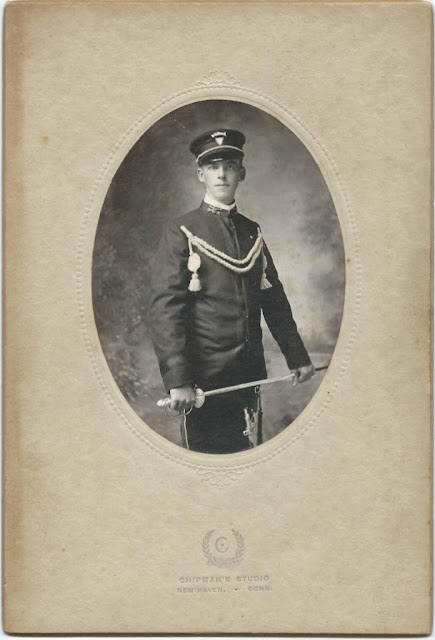 Update: a reader feels that this is the George Bergstrom who lived from 1876 to 1955, presumably meaning George Edwin Bergstrom, whose FindaGrave memorial has a photograph in late middle age. There is a resemblance with the childhood photograph.

Hopefully a reader will recognize the initials on George's hat. They look like POS?A, with the question mark representing what might be an "m" or "w". 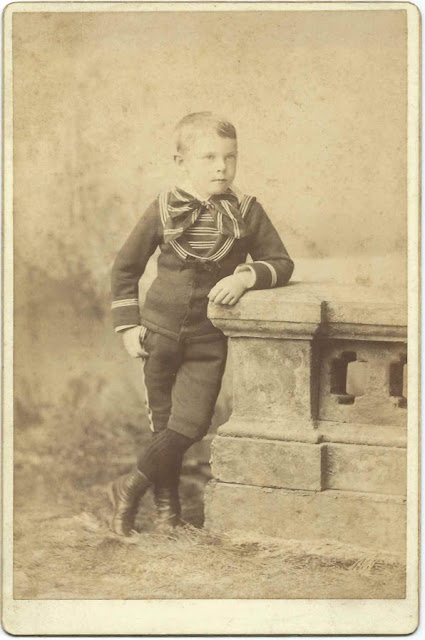 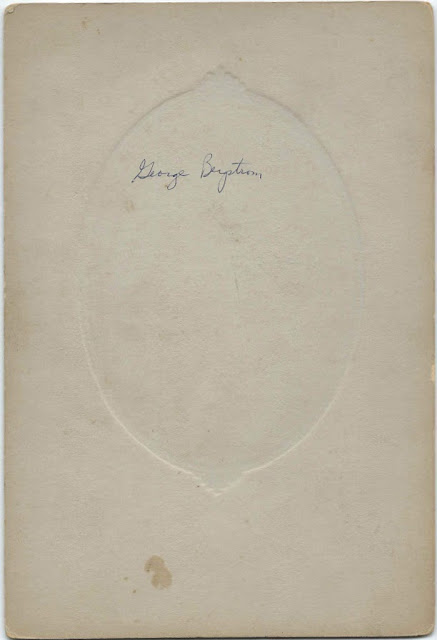 Reverse of the photograph of George in uniform


If you recognize George from your family photographs as either the Charles George Bergstrom mentioned above or another George Bergstrom, please leave a comment or contact me directly. 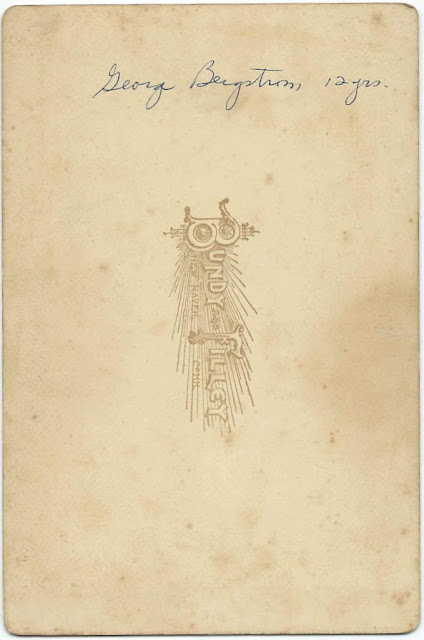 Reverse of the photograph of George at age 12