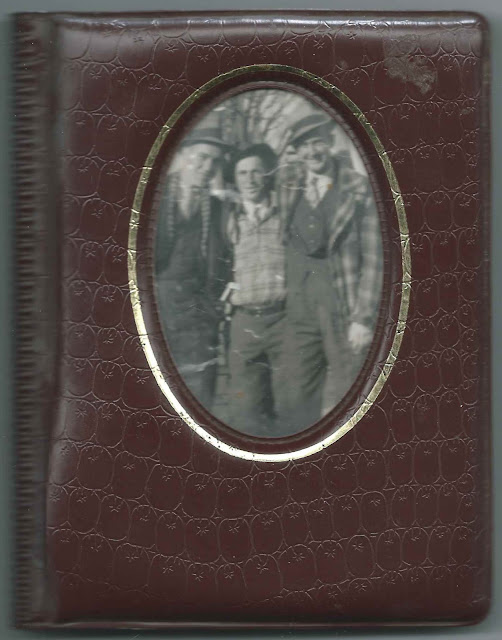 George was born at Eastport, Maine, on the coast, but grew up at Houlton, Maine. Houlton is in a potato growing area, and this might be what attracted George's father, John Robinson Young, a cooper by trade.

Virginia was born at Wade, Maine. The couple married in 1940 and spent their married lives at Washburn, Maine.

The album contains 16 snapshots and the obituary of Faustina Maria (Bubar) Young London. Some of the identifying information is written on the plastic sleeves, to poor effect, and it's possible someone has, at some point, replaced photos into the wrong sleeves.

Because of copyright issues and the fact that some people may still be living, I'm not posting the photographs but will be glad to share with a family member.

I'll take a chance on posting the photograph below, however.  It shows Virginia among her classmates of 1937 [or 1939], perhaps at Wade, Maine, or neighboring Washburn. With any luck, someone might recognize the building, especially if it's still standing. 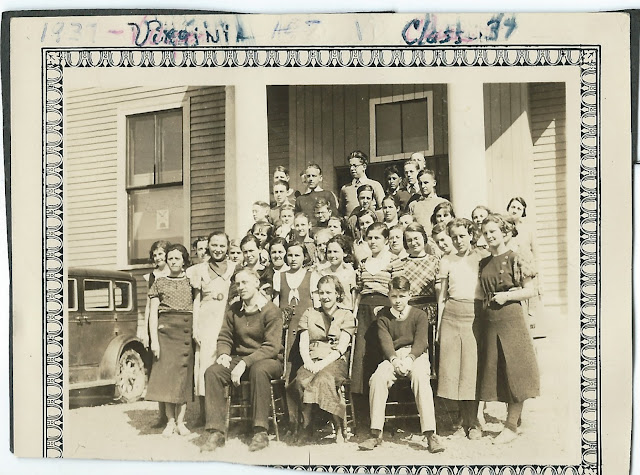 The last sleeve in the album contains more than its share of grief. 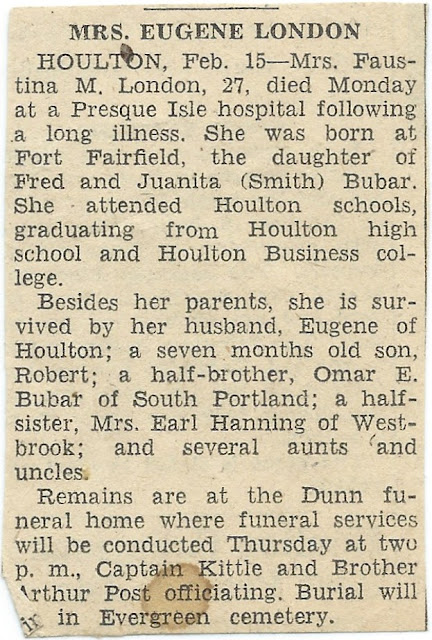 If you have insights into any of the photographs described, please leave a comment or contact me directly.  I'd especially like to know if the name I can't tease out is Floyd or Lloyd and if the school shown was in Wade or Washburn.