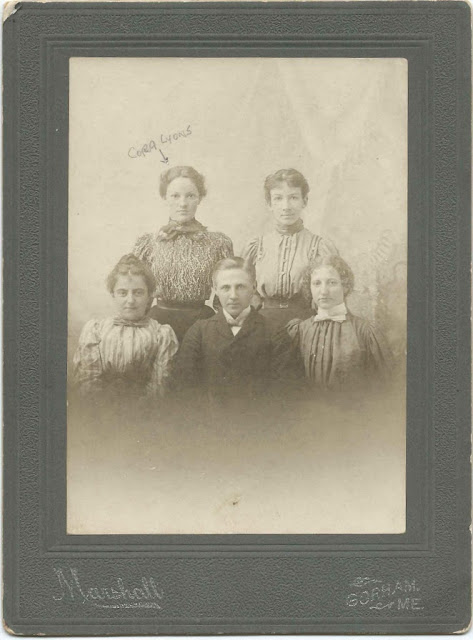 Photograph of five young adults, 4 women and one man; taken by the Marshall studio of Gorham, Maine.

One of the young women is identified as Cora Lyons, who may have been Cora M. (Peterson) Lyons (1878-1967) of Scarborough, Maine, daughter of Danish immigrants John Peterson and Helen (Olsen) Peterson and second wife of Stephen A. Lyons, whom Cora married in 1912. I believe Cora and Stephen had three children.

If Cora Lyons is Cora M. (Peterson) Lyons, I believe the photograph was taken before her marriage, with the identification written after her marriage.

The young people in the photograph may have been classmates, perhaps at Gorham Teachers College, now known as University of Southern Maine at Gorham, as Cora M. (Peterson) Lyons was a teacher before her marriage.

They could also have been siblings or cousins.  Hopefully a reader will have more information. 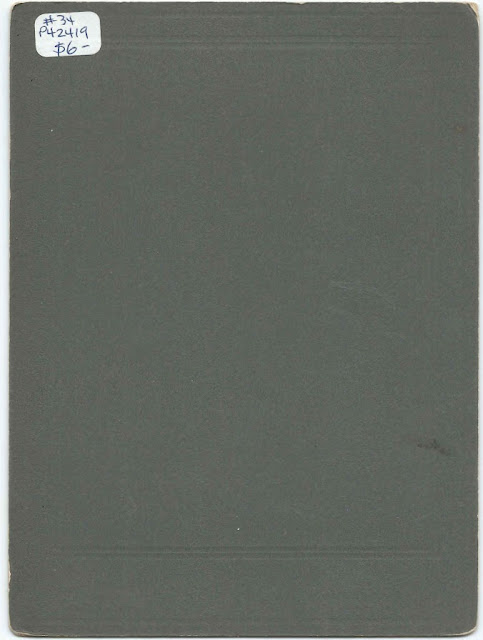 If you can shed light on the identities of these young people, please leave a comment or contact me directly.