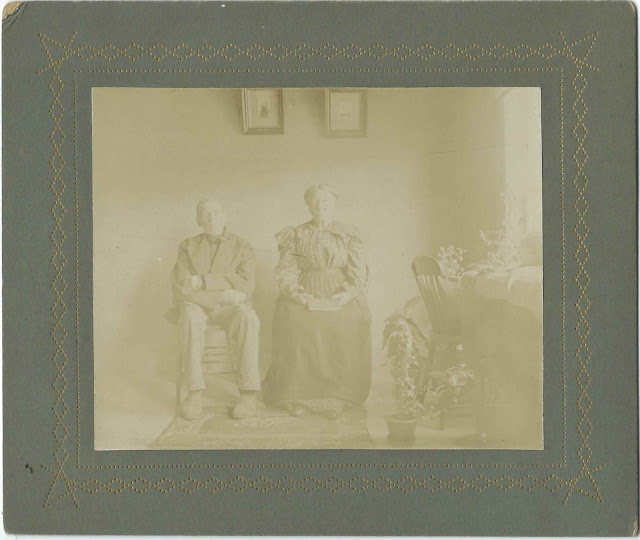 Photograph of an elderly couple, identified on the reverse as Mr. and Mrs. Thomas Black of Greensboro, Vermont. 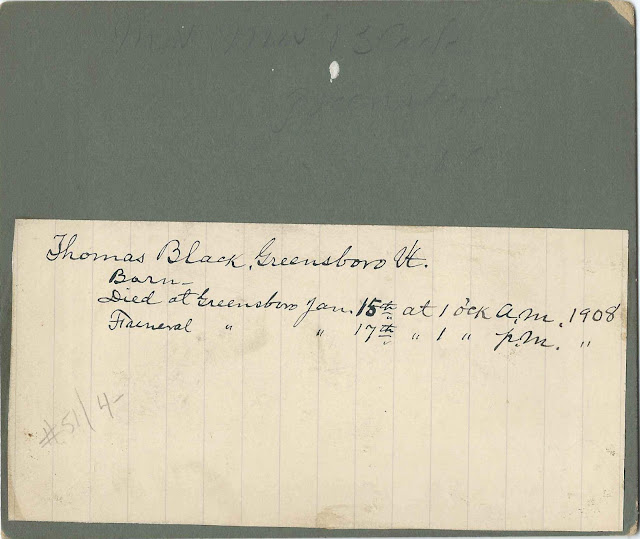 Pasted to the reverse of the photograph:

The 1880 Census shows two sons living with them, James and John. James George Black (1859-1937) is buried with his wife, Susie A. (Macomber) Black (1866-1945) in the nearby East Craftsbury Cemetery at East Craftsbury, Vermont. John B. Black (1864-unknown) is buried in the Greensboro Village Cemetery with his parents.

If you have additional information on Thomas D. Clark and Janet (Garven) Clark and their family, please leave a comment or contact me directly.