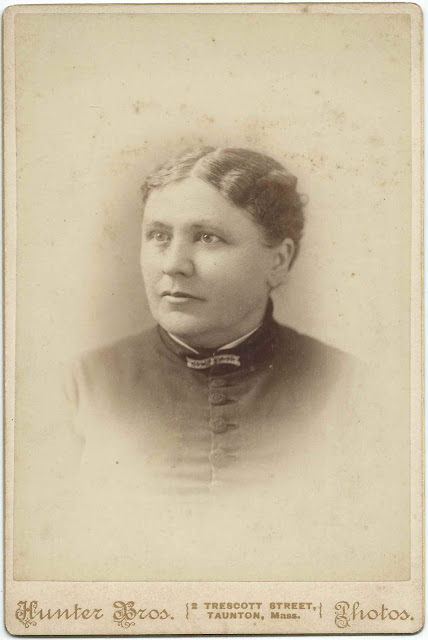 Here's an interesting exercise for lovers of Bristol County, Massachusetts, genealogy - especially relating to the surnames Hall and Leonard, which were occasionally intertwined.  Can you connect the two women to each other and/or to the person who wrote the identifications?

The photograph above depicts "Great Aunt Susan Hall".  The second photograph, shown farther below, depicts a woman at a younger age, "Great Aunt Carrie Leonard".  Both photographs were taken by the Hunter Brothers studio of Taunton, Massachusetts.

Whether the surnames mentioned were married names or birth names, I don't know, but hopefully a reader will weigh in with identifications.

The blog "Four Hall Cousins, Reflecting on the Past", active from 2008 to 2016, contains a wealth of information, including frequent mentions of the surname Leonard. 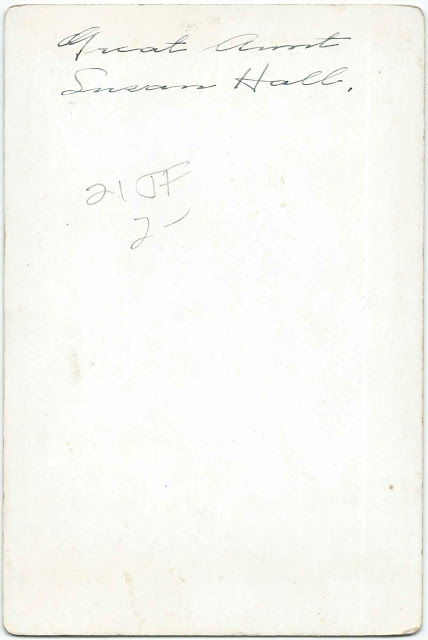 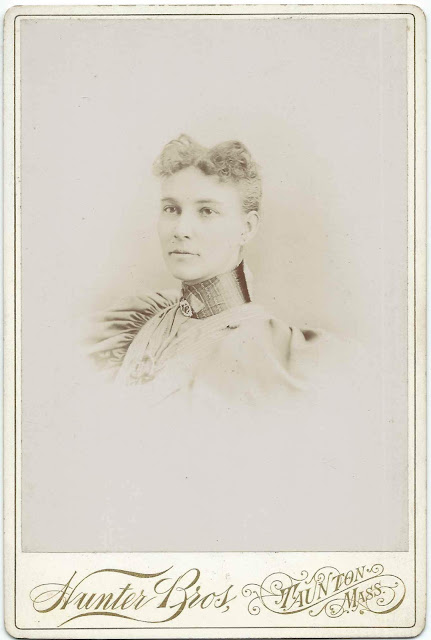 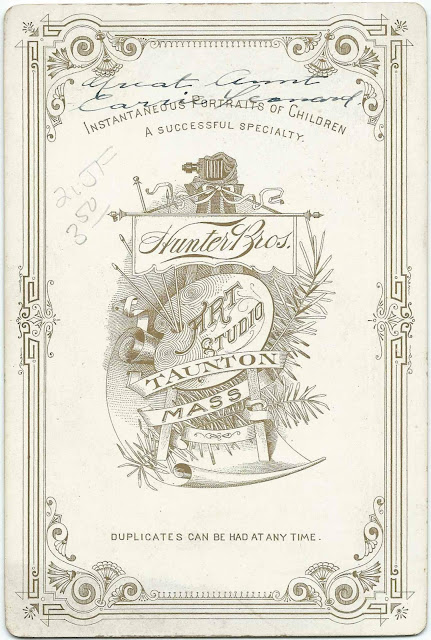 If you are able to identify either of these women, please leave a comment or contact me directly.