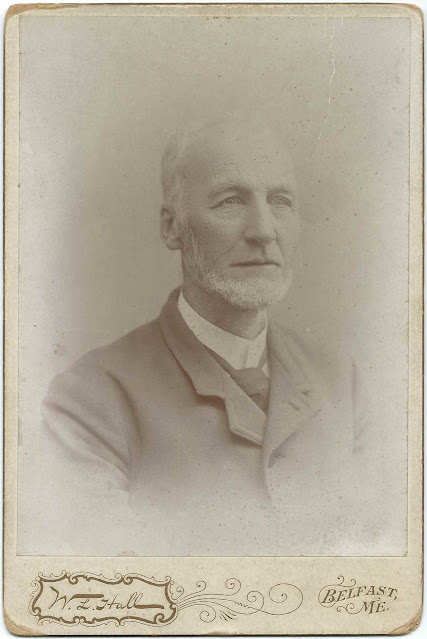 Cabinet photograph of Zenas Downs of Swanville, Maine.  The photograph was taken by the W. L. Hall studio of Belfast, Maine.

See other posts that feature: 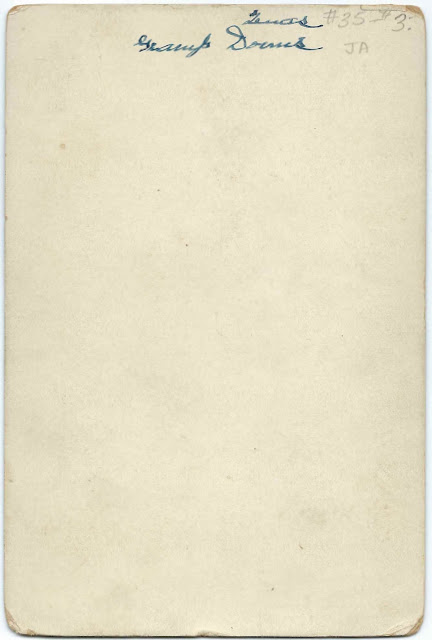 Zenas' gravestone gives his birth year as 1822; many online trees have the birth year as 1821.  The earlier year presumably comes from his death record, which implies a birth month and year of October 1821.  In a draft registration record dated June 1863, Zenas is listed as 40 years old, a fact that would favor a birth year of 1822, since the information presumably came from Zenas himself, unlike the information on a death record.

In addition to daughter Martha (Downs) Hartshorn mentioned above, Zenas and Mary Jane had at least two other children, son George, who died in infancy, and daughter Hattie, who also died young. Thankfully, Martha provided them with grandchildren to love.

Zenas L. Downs died in 1895 and Mary Jane (Mitchell) Downs in 1914.  They're buried with George and Hattie in the Greenlawn Cemetery at Swanville, Maine.

Posted by Pam Beveridge at 6:17 AM