Photograph of Martie (Cutler) Cartwright and Child, by a Boston, Massachusetts Studio 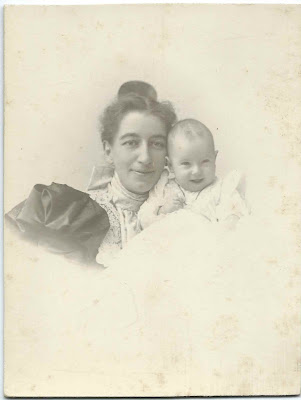 Photograph of what appears to be mother and child, with the woman identified on the reverse as Mrs. Cartwright (Martie Cutler).  The photograph was taken by one of the branches of the Partridge studio in the Boston, Massachusetts, area. 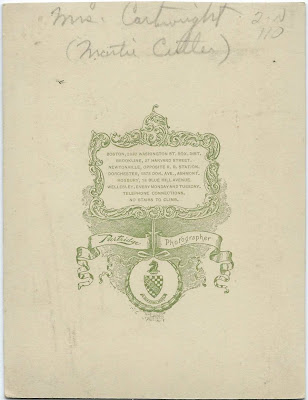 James was an electrician whose job apparently took him and his family to various places throughout New England, from Bangor, Maine, to Hampton, Connecticut.  Martha and James had a daughter, Helen Cartwright, born in Connecticut in 1895 and a son Charles born about 1905.  Could either of them be the child in the photograph?

If you have corrections and/or additions to the information above, or if you feel that the woman in the photograph is someone other than Martha Barstow (Cutler) Cartwright, please leave a comment or contact me directly.