Photograph of Caro Gray; by the J. F. Gerrity studio of Bangor, Maine 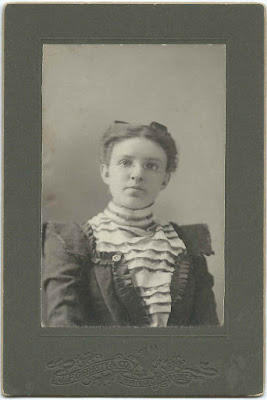 Photograph of a young woman identified on the reverse as Caro Gray.  The photograph was taken by the studio of J. F. Gerrity of Bangor, Maine. 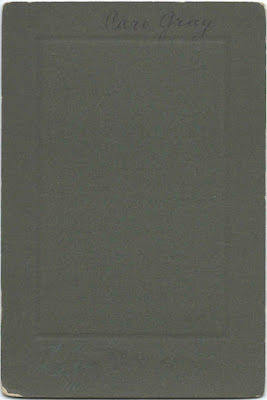 The young woman in the photograph may have been Caro Maybelle Linwood Gray, born August 9, 1876 at West Sedgwick,  Maine, daughter of John Mathers Gray and Lillian Idella (Gray) Gray.   The 1910 Federal Census shows Caro teaching and living with her parents and siblings at Bangor, Maine.   If she moved fast enough, she might have been the Maine native Caro Gray teaching and living at Manchester, Connecticut in 1910.

If you have corrections and/or additions, or if you recognize the young woman in the photograph as someone other than Caro Mabelle Linwood Gray, please leave a comment or contact me directly.