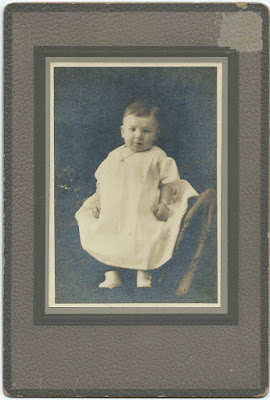 Photograph of a baby identified on the reverse as Willie Holst of 783 Bergenline Avenue, West New York, New Jersey, at age 11 months.  It appears that the photograph was purchased from the Deutsches Journal of New York, New York. 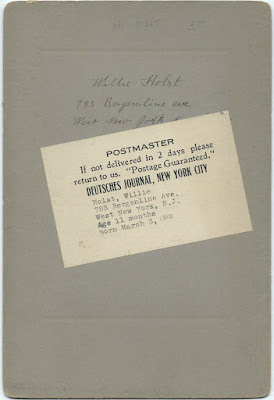 William may have moved to the Manchester, New Hampshire area by 1942, as it was from there that he enlisted into the Army.  His enlistment record notes that he was of the occupation classification: Artists, sculptors, and teachers of art.

William was living at Stonington, Maine, when he died in 1995.  If you have corrections and/or additions to the information above, please leave a comment or contact me directly.