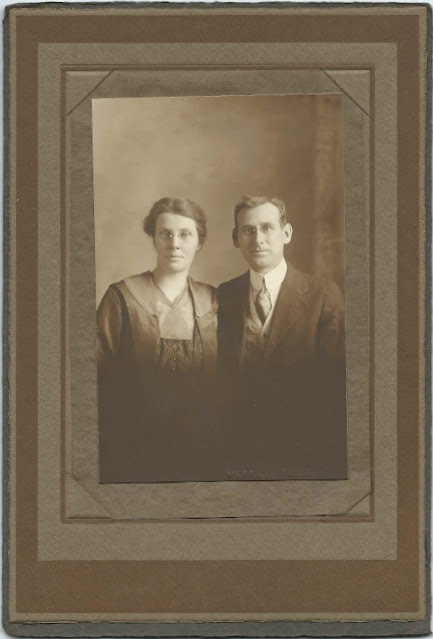 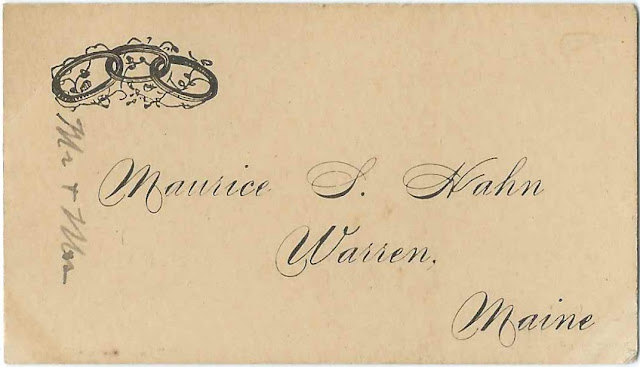 Was the reference to "one Hooverizer" related to President Herbert Hoover or to a piece of farm equipment? 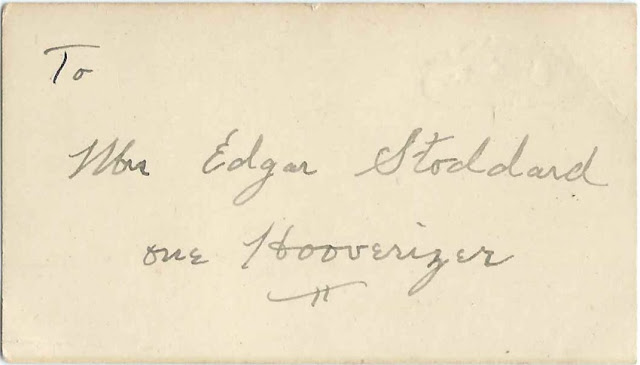 On October 18, 1910 at Colebrook, New Hampshire, or at Cold Brook at Hermon, Maine - there are records for each - Maurice married Gertrude M. Stoddard, daughter of Edgar Stoddard and Helen (Merrill) Stoddard.  Maurice and Gertrude lived at Warren, Maine.  Maurice was a barber at Warren, as evidenced by the reference cited below from www.warrenmaine.org.