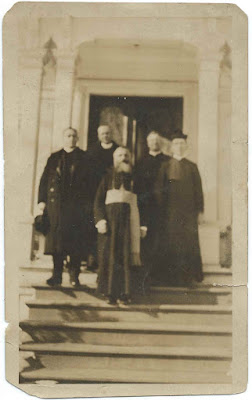 Update:  A reader has left extensive research in the comments section, on the Nemer family of Waterville, Maine

There's no clue as to locale.  The photograph was purchased in Maine, and there just happened to have been a William Nemer living at Waterville, Maine, in 1920s and 1930s, but there were other men by that name living throughout the United States. 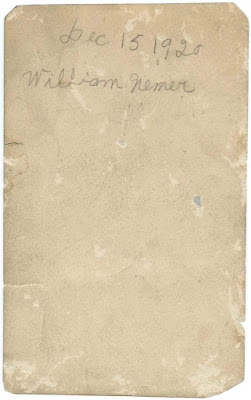 Just in case, this photograph shows the William Nemer from Waterville, Maine:

If you have a theory about the identity of William Nemer and the other men, please leave a comment or contact me directly.