Photographs of siblings Zenas Downs Hartshorn and Hattie Mae Hartshorn of Swanville, Maine.   They were the offspring of Charles Andrew Hartshorn and Martha (Downs) Hartshorn.

Zenas Downs Hartshorn was presumably named after his maternal grandfather Zenas Downs of Swanville, Maine.  See another post that features a photograph of Zenas Downs. 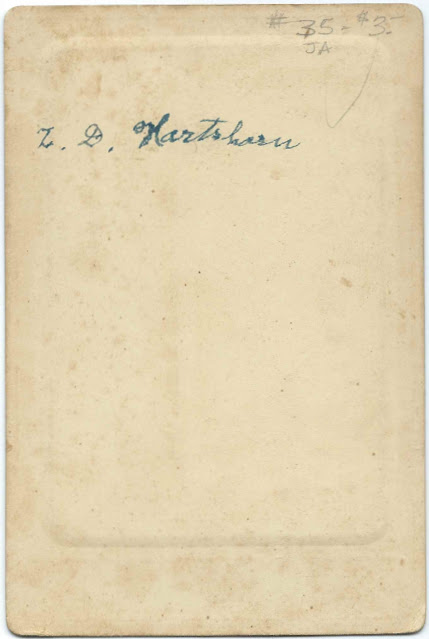 Zenas Downs Hartshorn made an inscription in 1901 in the autograph album of William J. Matthews of North Searsport, Maine, as shown below. 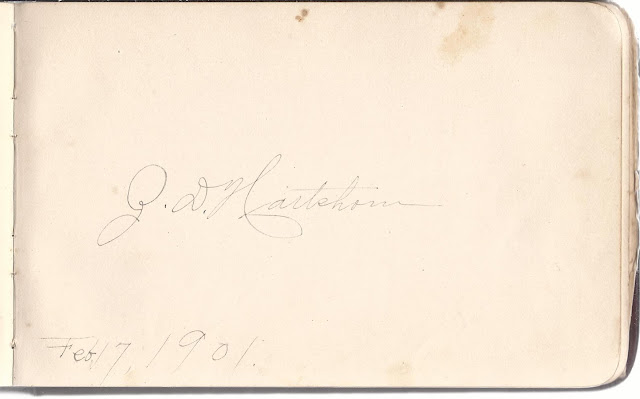 Zenas Downs Hartshorn was born June 20, 1873.  In 1904 at Swanville, Maine, Zenas, by then a teacher, married Esther Lula Smith, daughter of inventor Winfield Scott Smith and Alvenia Matilda (Jordan) Smith of Kingman, Maine.  Esther was born about November 1879 at Columbia Falls, Maine.  I believe Zenas and Esther had one child, a daughter.

Hattie Mae Hartshorn was born July 23, 1883 at Swanville,  Maine.  On March 21, 1906 at Swanville, Maine, Hattie, by then also a teacher, married Andrew Park Moore, son of Elias B. Moore and Martha A. (True) Moore.  I didn't find a record of children for Hattie and Andrew.

See another post that features a photograph of Hattie Mae (Hartshorn) Moore as a middle aged woman, married to Andrew Park Moore and living at Bangor, Maine. 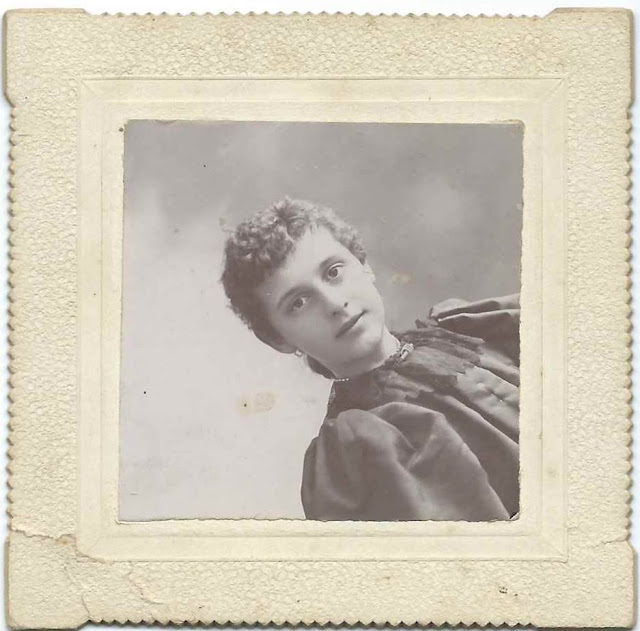 Andrew Park Moore died in 1952.  I'm not sure of Hattie's death date as the photograph of her stone is too hard to read.  They're buried, with Hattie's parents and her other sibling, Cleaveland S. Hartshorn, in the Greenlawn Cemetery at Swanville, Maine. 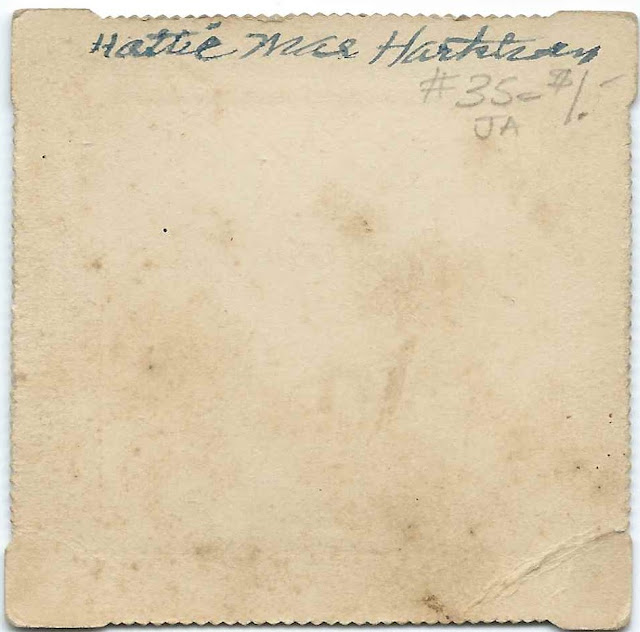