CDVs of Byron Haley Marston and daughter Esma May Marston, taken at the Loring Studio at Eastport, Maine 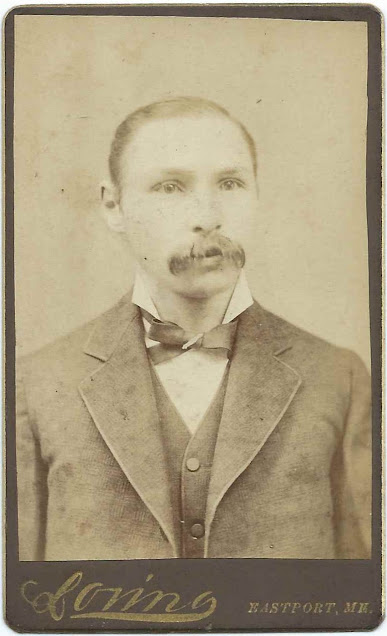 Cartes de Visite of a man identified as B. H. Marston and a young girl identified as Esma May Marston.  The photographs were taken at the Loring studio at Eastport, Maine. 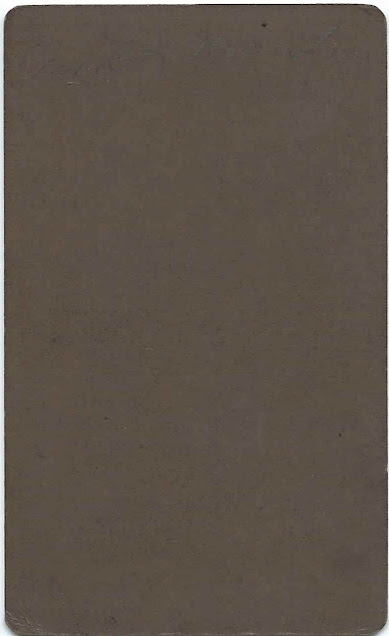 B. H. Marston was presumably Byron Haley Marston, a school teacher.  According to his Find a Grave memorial, Byron was born December 27, 1855 at Lubec, Maine, the son of Nathan Marston and Mary E. (Wormell) Marston. 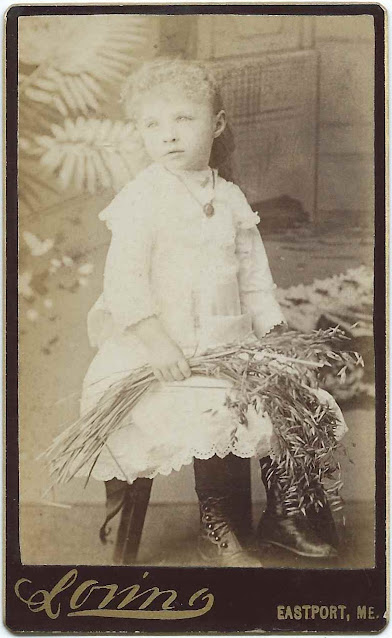 Esma May Marston, daughter of Byron Haley Marston and Lulu E. (Berry) Marston, was born November 21, 1885 at Northwood, New Hampshire.  At some point the family moved to Massachusetts, where Byron died in 1920.  He, Lulu and at least two of their children are buried in the Wyoming Cemetery at Melrose, Massachusetts. 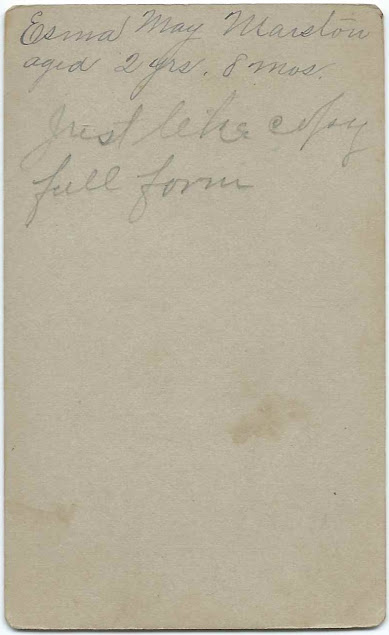 On June 26, 1909 at Melrose, Massachusetts, Esma May Marston married Allan F. Downing, son of Cyrus Downing and Susan (Ellsworth) Downing.  Allan was born at Wentworth, New Hampshire, about 1886.   The 1910 Census of Wentworth lists Allan and Esma as living in a household next to that of Allan's parents.  Allan was working as a butcher.

Posted by Pam Beveridge at 8:30 AM