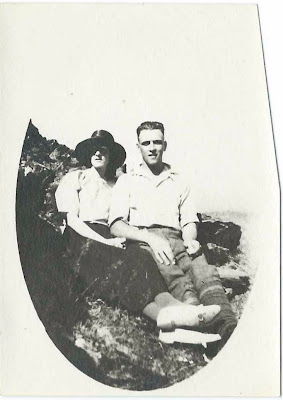 Three snapshots:
The photograph above of Lucille Augusta (Ramsdell) Mann and Cecil Waitstill Mann was taken atop Philbrick Hill at Jay, Maine; see a map below. 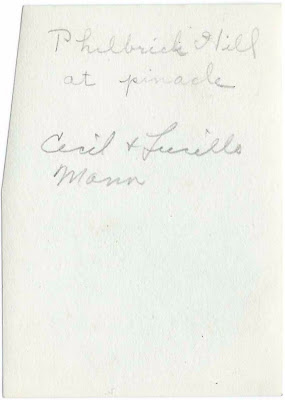 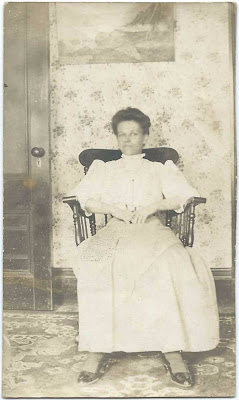 Bertha Ellen Shore, shown above, was born about December 1878 at Lewiston, Maine, daughter of Arthur Shore and Mary Ellen (Brown) Shore, who were born in England and at Lewiston, Maine, respectively. Bertha married James W. Mann on November 5, 1898 at Lisbon, Maine, presumably in the Lisbon Falls section of Lisbon. 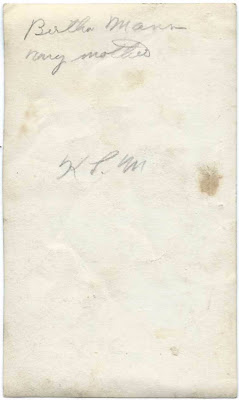 Cecil and Lucille lived at Livermore Falls, Maine, and had, I believe, two children, both daughters.  Lucille is presumably the Lucille A. Mann who died at Waterville, Maine, in 1969.  Cecil died in 1986.

Below, a photograph dated April 2, 1924 of Lucille Augusta (Ramsdell) Mann: 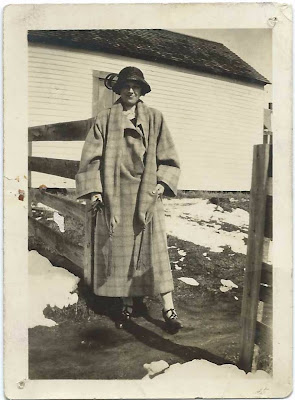 If you have corrections and/or additions to the information above, please leave a comment or contact me directly - though please be careful when commenting on living people. 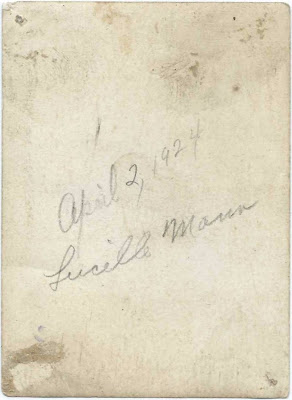