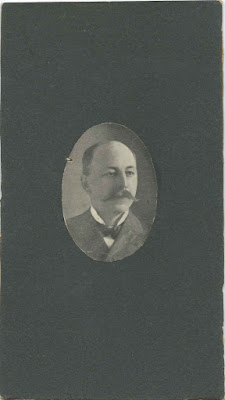 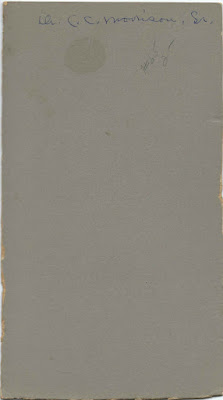 Dr. Charles Carr Morrison, Sr., died in 1935. Below, a necrology from Maine Medical Journal, Volume 26, published by the Maine Medical Association in 1935. 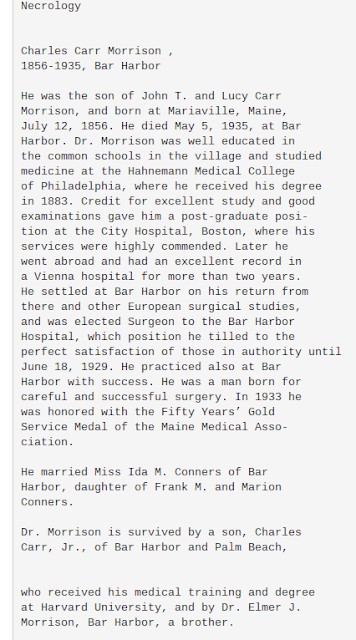 Dr. Charles Carr Morrison, Sr., his two wives and a son, J. Moulton Morrison (1898-1901) are buried in the Ledgelawn Cemetery, which Dr. Carr himself founded, at Bar Harbor, Maine.

If you have corrections and/or additions to the information above, or if you feel that Dr. C. C. Morrison is someone other than Dr. Charles Carr Morrison, Sr., of Bar Harbor, Maine, please leave a comment or contact me directly.
Sources