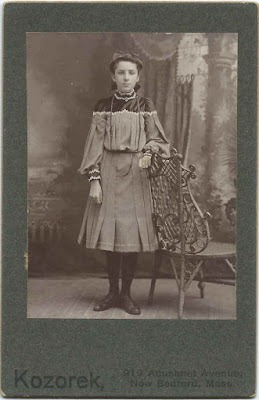 Photograph dated December 12, 1903 of a girl identified on the reverse as Etta M. Holloway at age 13 years, 6 months.  The photograph was taken by the Kozorek studio of 919 Acushnet Avenue, New Bedford, Massachusetts. 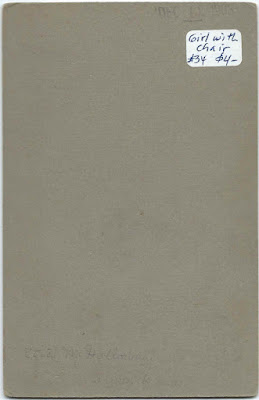 Elmer was working as a bookkeeper and Etta as a clerk at the time of their marriage.  Elmer went on to become an accountant with the Internal Revenue Service.  They had a daughter Marion Wheeler Ricketson, born in 1917.