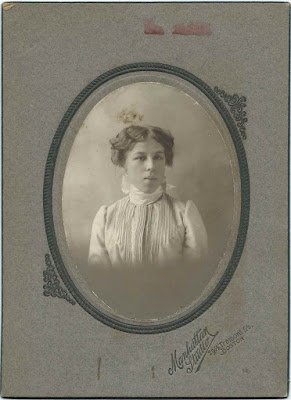 c1900 photograph of a young woman identified on the reverse as Miss M. Bailey of Highlandville, Massachusetts.  The photograph was taken at the Manhattan Studio at 29-1/2 Tremont Street, Boston, Massachusetts. 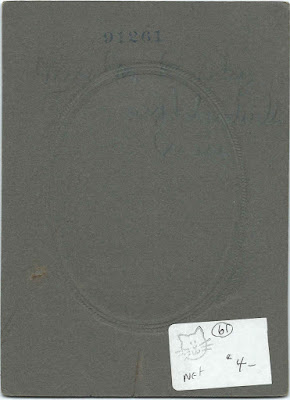 Some possibilities, and there are no doubt many more:


Perhaps a reader will recognize Miss M. Bailey from family photographs and/or research and will share information about her.