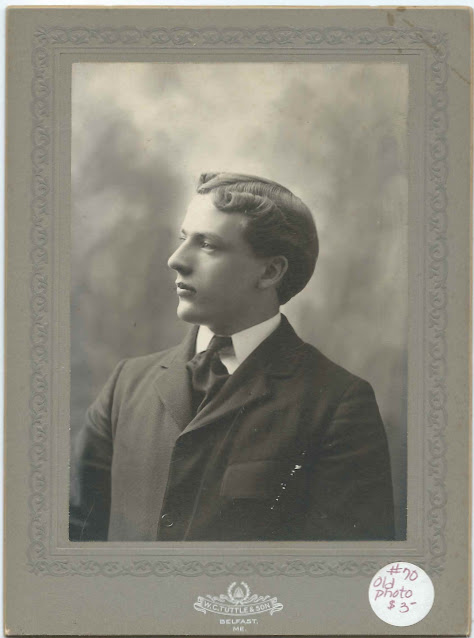 Photograph, presumably a graduation photograph of Edwin Solon Conner (1881-1960); the photograph was taken by the studio of W. C. Tuttle & Son at Belfast, Maine, or possibly at the school, which I'm guessing was Eastern State Normal School at Castine, Maine. 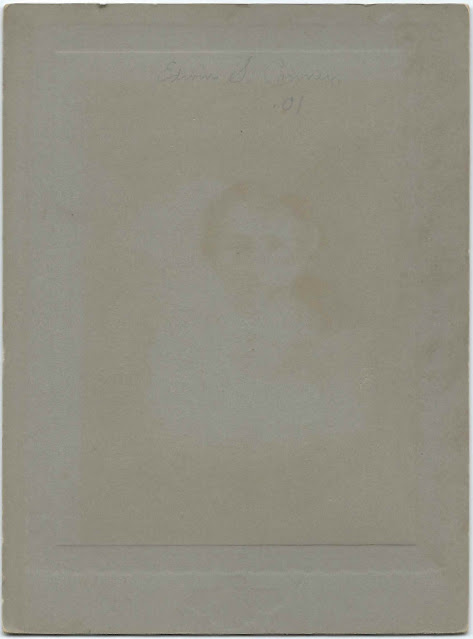 Edwin Solon Conner was born April 15, 1881 at Penobscot, Maine, the son of Fred Morton Conner and Helen Martha Peterson.  Before attending Eastern State Normal School at Castine, Maine, and then Bates College at Lewiston, Maine, Edwin spent some time on a fishing schooner.

Read more about Edwin's life and career in education and physical fitness here.

Interestingly, another post features a photograph of Vivian Inez Kenniston, also a graduate of Eastern State Normal School, whom Edwin would marry on December 6, 1901 at Amherst, Maine.   Vivian was born at Amherst on September 27, 1881, daughter of Seth Albert Kenniston and Marion Ethel (Williams) Kenniston.

Edwin and Vivian lived in Maine and Ohio and raised, I believe, three children, a son and two daughters.  Edwin died in 1960 in Florida and Vivian two months later at Castine, Maine.  They're buried in the Castine Cemetery at Castine, Maine, with their son.