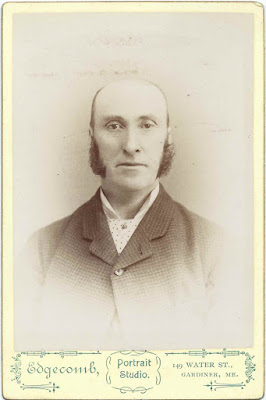 Cabinet photograph of a man identified on the reverse as John H. Goodwin.  The photograph was taken by the studio of J. E. Edgecomb of Gardiner, Maine. 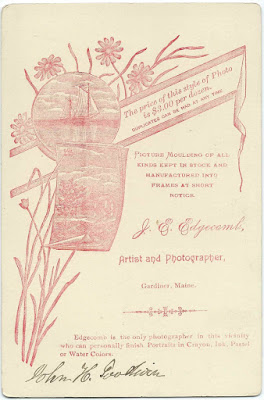 There were several men by the name of John H. Goodwin in the Gardiner, Maine, area.  And we don't know if this man actually lived at Gardiner or was just visiting there.

Some possibilities in Kennebec County, Maine, and there are more:

If you recognize the John H. Goodwin in the photograph from your family photographs and/or research, please leave a comment or contact me directly.

Posted by Pam Beveridge at 3:57 PM