Cabinet Photograph of a Young Man with Name Clara Belden on Reverse - by a Belfast, Maine Studio 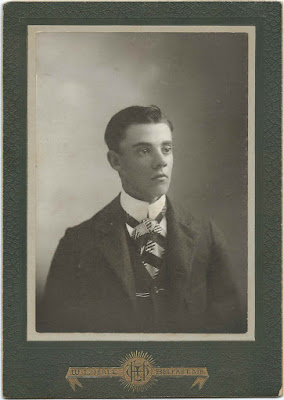 Cabinet photograph of a young man, taken by the W. L. Hall studio of Belfast, Maine.  The reverse contains the handwritten name of Clara Belden, perhaps a relative or fiancee.

The photograph was purchased with a collection of photographs from Maine, several of them graduates of Eastern Maine Normal School at Castine, Maine.  Many of those photographs were taken by the Tuttle studio of Belfast, Maine, which had a branch at Castine, which perhaps other studios did as well. 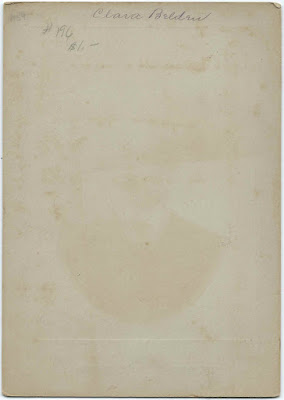 Researching online, I found a Clara B. Belden in the Belfast, Maine area, born at Palermo, Maine, the daughter of George Riley Belden and Martha Jane (Turner) Belden.

Could the young man in the photograph be Norman G. Belden or Walter C. Townsend?

Incidentally, an earlier post features a cabinet photograph of a boy identified as Ralph Isaiah Morse of Liberty, Maine (which abuts Palermo, Maine) and Belfast, Maine.  Is there a resemblance or other connection? 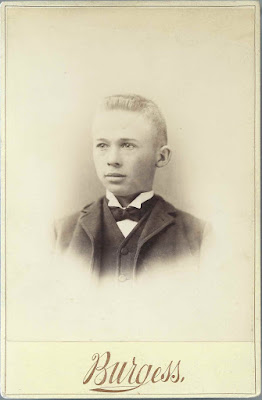 If you recognize the young man in the photograph from your family photographs, please leave a comment or contact me directly.