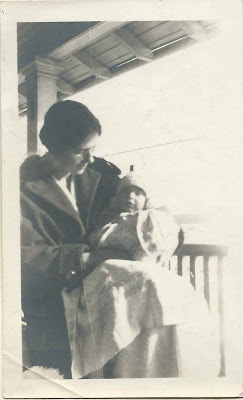 c1930 snapshot of a woman and child identified on the reverse as "Jesse Conant Ulmer" and "Austin or David".  She was Jessie (Conant) Ulmer of Rockland, Maine, wife of Henry Eliot Ulmer. 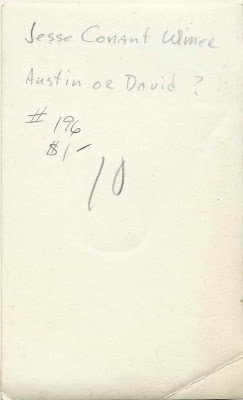 By the time of the 1930 Census, Henry, Jessie and their three year old son were living at Vassalboro, Maine, where Henry was working as a missionary.  Henry, a Baptist minister, later suffered legal issues and a breakdown and by 1940 was living at the Bangor State Hospital.  In 1940, Jessie was teaching school and living in her parents' home at Rockland, Maine, with her two sons.

Posted by Pam Beveridge at 1:31 PM