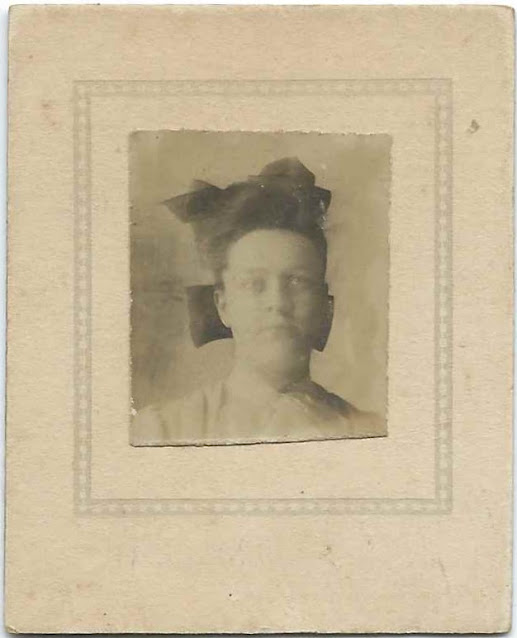 Circa 1900 photograph, presumably a school photograph, of a girl identified on the reverse as Ora Simonds of South Braintree, Massachusetts. 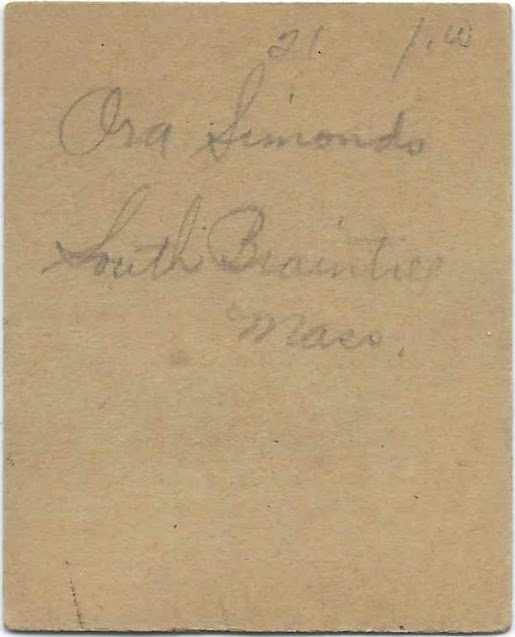 Posted by Pam Beveridge at 9:34 AM