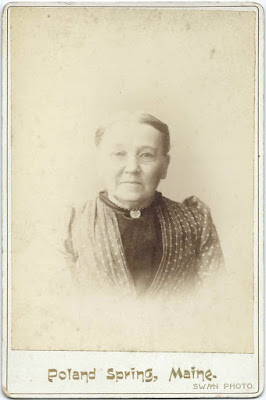 Cabinet photograph of an elderly woman identified on the reverse as Mrs. Sewall Brackett.  The photograph was taken at the Swan studio of Poland Spring, Maine.

She was presumably Eliza J. (Lyon) Brackett, wife of Sewell Brackett - note the different spelling of his first name. 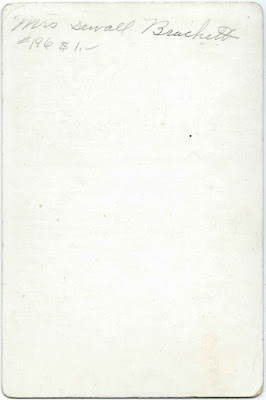 According to the Brackett Genealogy, written by Herbert I. Brackett and published in 1907, Eliza J. Lyon was born June 14, 1836, the daughter of Jefferson Lyon and Almira G. (Beach) [or Beard] Lyon.  The informant to her death record indicated she was born at Augusta, Maine.