Cabinet Photograph of Henry Warner; taken by the Knight Studio of Elkton, Maryland 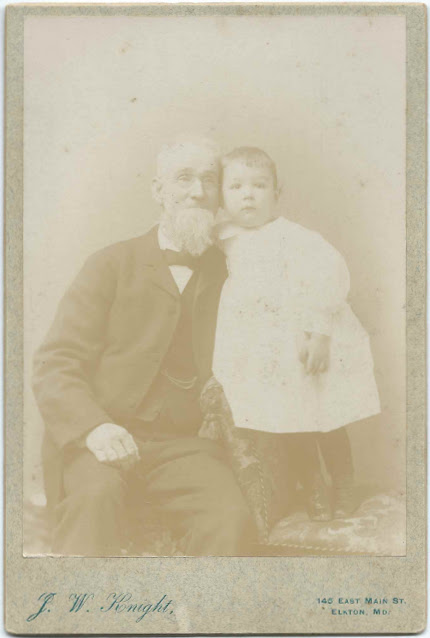 Cabinet photograph of a child and an elderly man identified on the reverse as "Uncle Henry Warner".  The photograph was taken by the J. W. Knight studio of 145 East Maine Street, Elkton, Maryland. 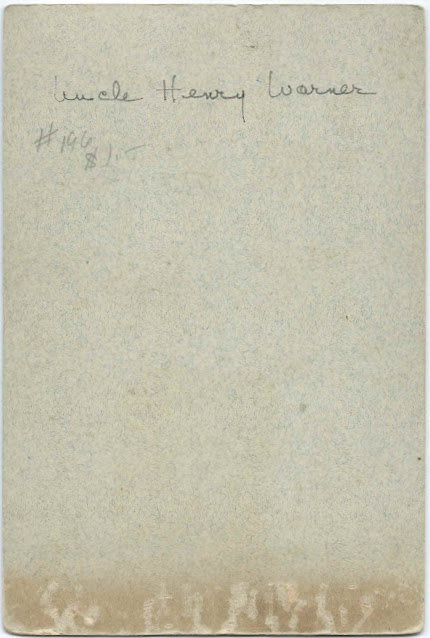 I found several possibilities for Henry Warner in the area of Elkton, which is near the borders of Pennsylvania and Delaware.  If you have a theory as to which Henry Warner he was, please leave a comment or contact me directly.

Posted by Pam Beveridge at 5:39 AM