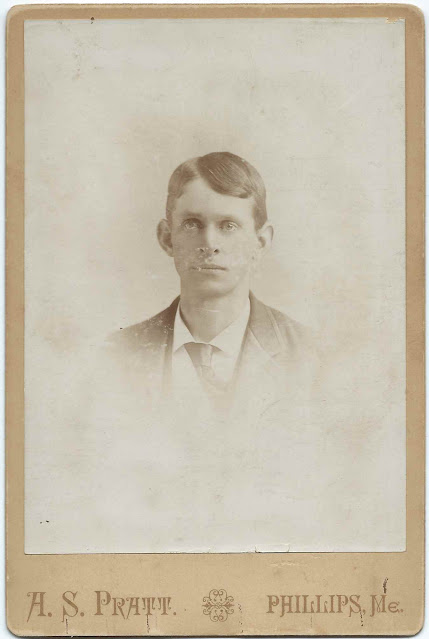 Cabinet photograph by the A. S. Pratt studio of Phillips, Maine, of a young man identified on the reverse as Edd Fairbanks. 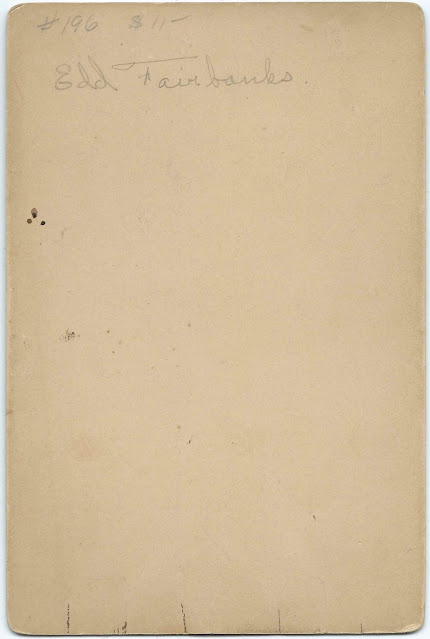 He may have been Edward Everett Fairbanks, born November 14, 1867, son of George Fairbanks and Nancy E. (Pratt) Fairbanks.

I found records for two marriages for an Edward E. Fairbanks at Phillips, Maine:
This Edward's date and birth, parents and first marriage are recorded in Genealogy of the Fairbanks family in America, 1633-1897 on page 728.

If you have corrections and/or additions to the information above, or an alternate theory for the identity of Edd Fairbanks, please leave a comment or contact me directly.