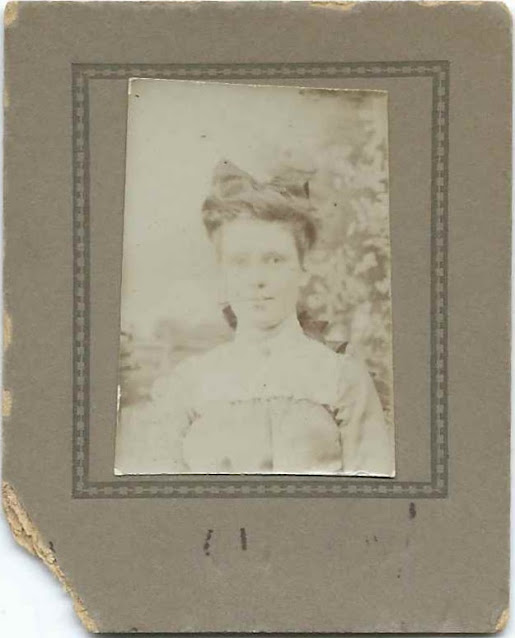 Circa 1907 Photograph, likely a school photograph, of a young woman identified on the reverse as Mildred Johnson of Brockton, Massachusetts, a student, or recent graduate, of B.H.S., presumably Brockton High School. 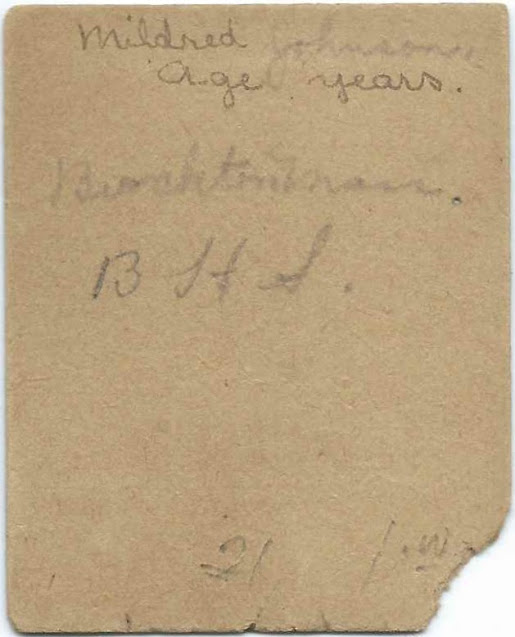 On the World War I draft registration card James Earnest completed in 1918, he indicated he was a traveling salesman for Parker Brothers, Inc., and his home address was 245 Lafayette Street at Salem, Massachusetts.  His nearest relative then was his grandmother, Margaret (Luscombe ?) O'Neill, as his parents had both died by 1894.  In 1921 he filed a patent for an improvement to a Parker Brothers game.

James and Mildred lived at Salem, Massachusetts, where they're listed in city directories from the late 1920s and early to mid 1930s.  I don't know if they had children.

James died in 1936 and Mildred in 1969.  They're buried in Harmony Grove Cemetery at Salem, Massachusetts, with James' brothers and their wives.

Posted by Pam Beveridge at 9:55 AM