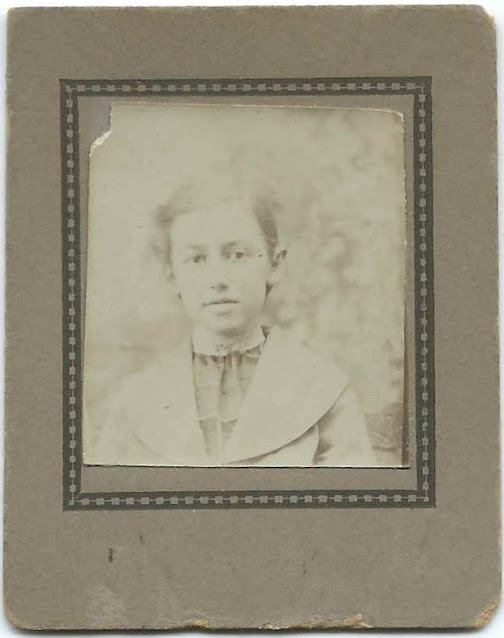 c1900 school photograph of a girl identified on the reverse as Lillian Gay.  She was Lillian Auburn Gay of Brockton, Massachusetts, sister of Bertha Wetherell Gay, whose photograph was featured in another post. 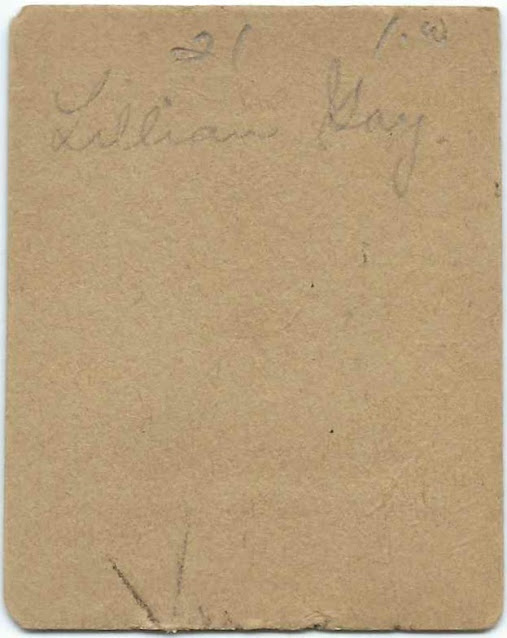 The photograph, which measures approximately 2-1/2" by 2", was found with a collection of photographs of youngsters and young adults from Brockton, Massachusetts, and nearby towns, such as Randolph and Braintree.

Lillian and Archibald lived at Quincy, Massachusetts, where Archibald worked as a musician.  The couple had, I believe, four children.  Archibald died in 1966; I don't have a death date for Lillian.
If you have corrections and/or additions to the information above, please leave a comment for the benefit of other researchers.