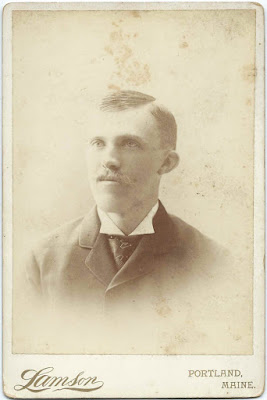 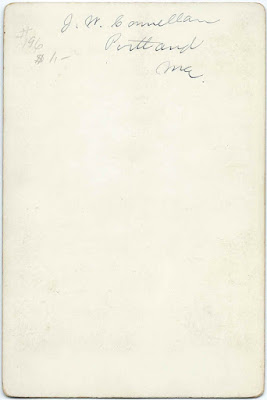 He may have been John William Connellan, born October 21, 1868, son of Irish immigrants James and Mary M. (Rynne) Connellan.  John William Connellan received his medical degree from the Maine Medical College at Bowdoin College, Brunswick, Maine, in 1892 and practiced, first at Lewiston, Maine, and then at Portland, Maine.  He became an authority on the treatment of narcotic and alcohol abuse, as noted in a short biography in Maine: A History, Volume 4, edited by  Louis Clinton Hatch and published in 1919.

On June 16, 1914 at Portland, Maine, Dr. Connellan married Ella Agatha (Coffey) Hay, a Tangier, Nova Scotia native and widow of Robert Edmond Hay, whom she had married on January 11, 1893 at Tangier, before they moved to Maine. Before Robert died in 1912, he and Ella had three children together: William B. Hay; Patrick Bailey Hay; and Helen Marie Hay.

The biography doesn't mention an earlier marriage for Dr. Connellan, and I don't know if he and Ella had any children together.  The only other people in his household in the 1920 Census were Dr. Connellan's stepchildren.  I don't have a death date for Dr. John William Connellan.

If you have corrections and/or additions to the information above, or have a different theory for the identity of J. W. Connellan, please leave a comment or contact me directly.

Posted by Pam Beveridge at 9:01 AM